After a momentous stay in the Big Brother Mzansi house, Themba had left – without winning. But then, he’d captured the attention of the Rainbow Nation already.

So it was inevitable the media would want to sit him down for a chat. Alex Radio, one of the oldest community radio stations in the Gauteng area, pulled him in for a chat. And the outcome had fans laughing.

He wasn’t alone during the interview. But his fans appeared to focus on him. Mpho Wabadimo, who had won the third season of the Big Brother Mzansi reality show, was interviewed alongside him.

In the interview, Themba had noted that he heard his fans were making donations to him. He thanked them for the generosity, noting the contributions would go a long way. He needed the cash, after all. 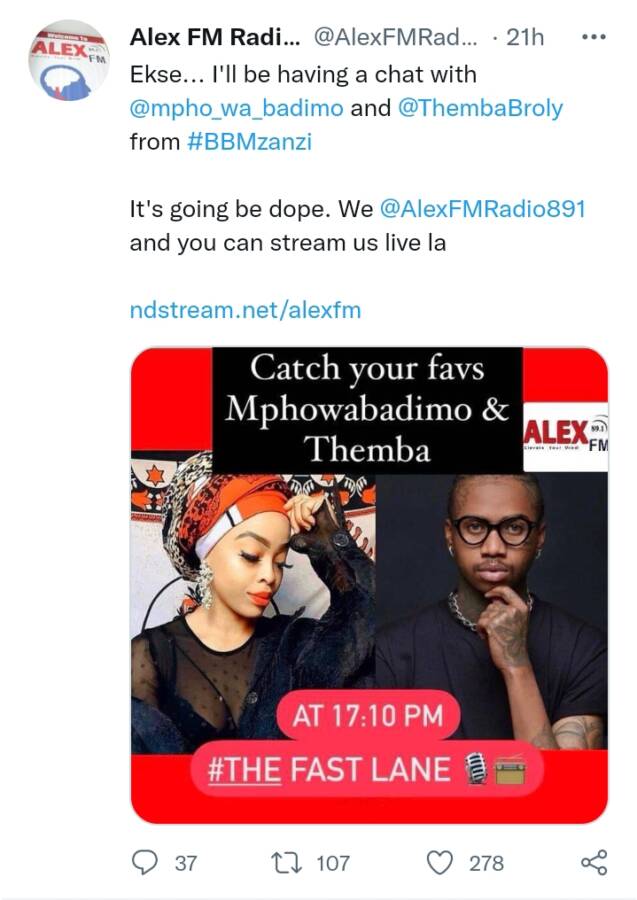 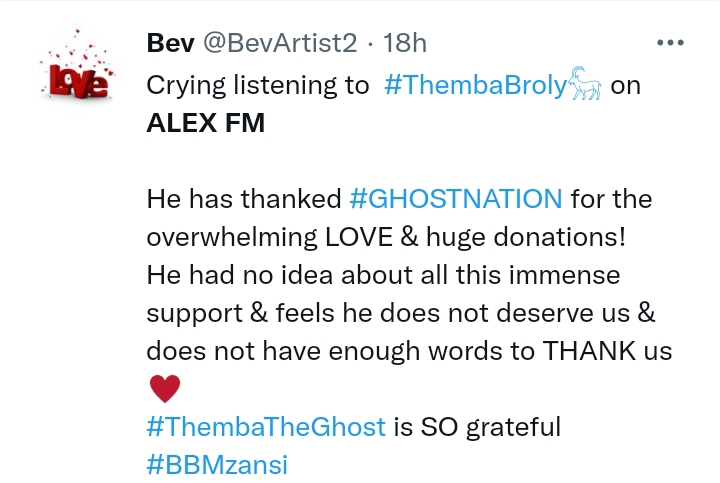 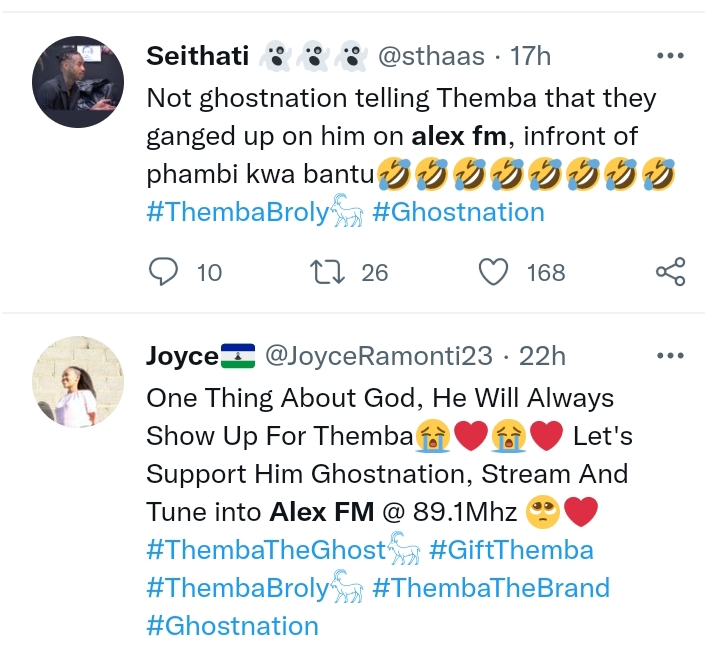 The show is over anyway, and Dracula is moving on courageously, aided by his fans, collectively known as GhostNation. Fans are expecting his next move.

Tags
Themba
John Israel A Send an email 6 April 2022
Back to top button
Close
We use cookies on our website to give you the most relevant experience by remembering your preferences and repeat visits. By clicking “Accept All”, you consent to the use of ALL the cookies. However, you may visit "Cookie Settings" to provide a controlled consent.
Cookie SettingsAccept All
Manage Privacy