A war has just erupted in South Africa’s amapiano universe. But then it is looking like that is what fans truly need: a fight of champions of the amapiano genre in South Africa.

Mzansi musos will be motivated to produce the best works to be recognized as the king of the genre by followers of the genre.

Right now, Kabza De Small is considered the king of amapiano. He has just affirmed this position with the release of a 27-track album titled “I Am The King Of Amapiano.” This affirmation has elicited the scorn of another notable amapiano producer and disc jockey, De Mthuda.

As Kabza De Small acclaimed himself the king of the amapiano genre in South Africa, De Mthuda has decide to kick the crown off Kabza’s head by releasing a body of work titled “There’s No King,” to free his compatriot of the fevered dreams of kingship. He made this known in a recent Instagram post, without giving the date of release, or the tracklist. 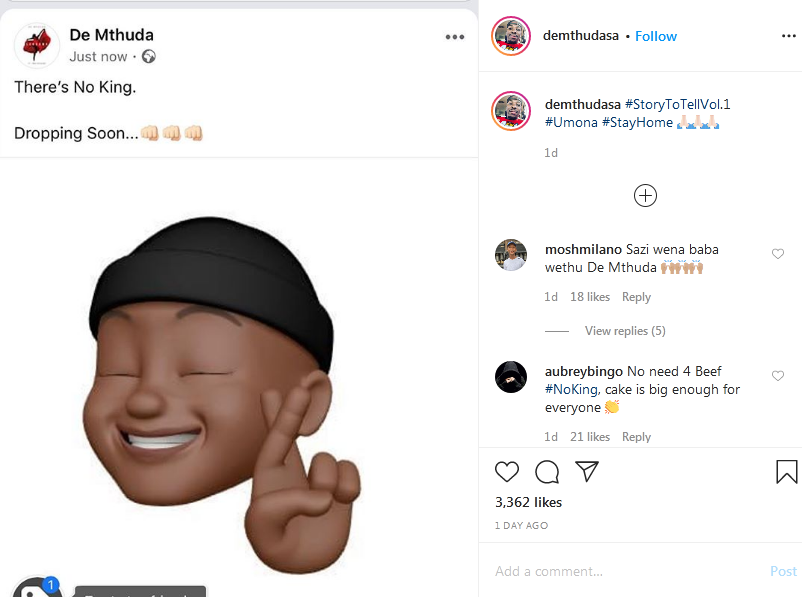 Well, what do you think of Kabza De Small’s self-affirmation as the king of amapiano, and De Mthuda’s repudiation of the same. You are welcome to join the conversation by dropping your thoughts in the comment section.