The last episode of the South African telenovelas The Wife Showmax had many viewers nodding their heads in approval of the relationship between Qhawe and Naledi.

Of course, the duo’s relationship didn’t start yesterday. But they gave fans such a good time with the ease of their friendship that fans stormed social media to comment on how great they were together.

The Wife Showmax has faced massive criticisms of recent, with some viewers claiming that the scriptwriters have turned a Love story into a crime thriller. But viewers’ take on Qhawe and Naledi’s storyline has been mostly positive.

According to some viewers, at this point, Naledi and Qhawe are the reasons they would get back to watching the telenovelas. You can check out some of the reactions so far below. 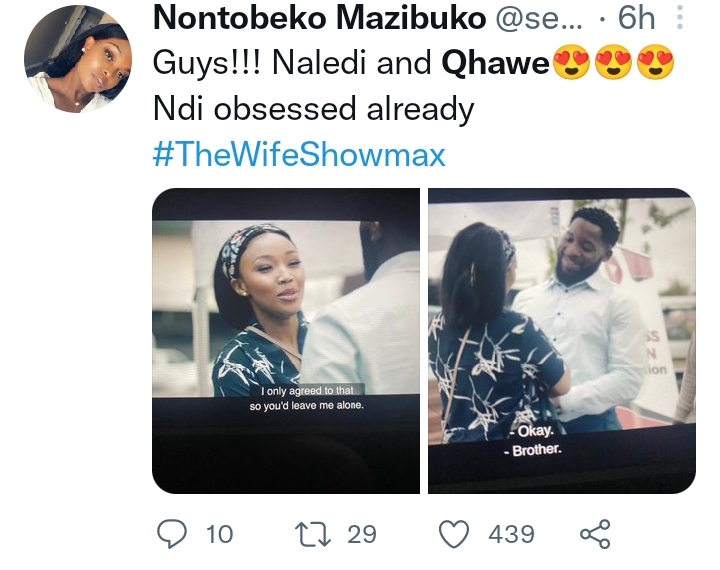 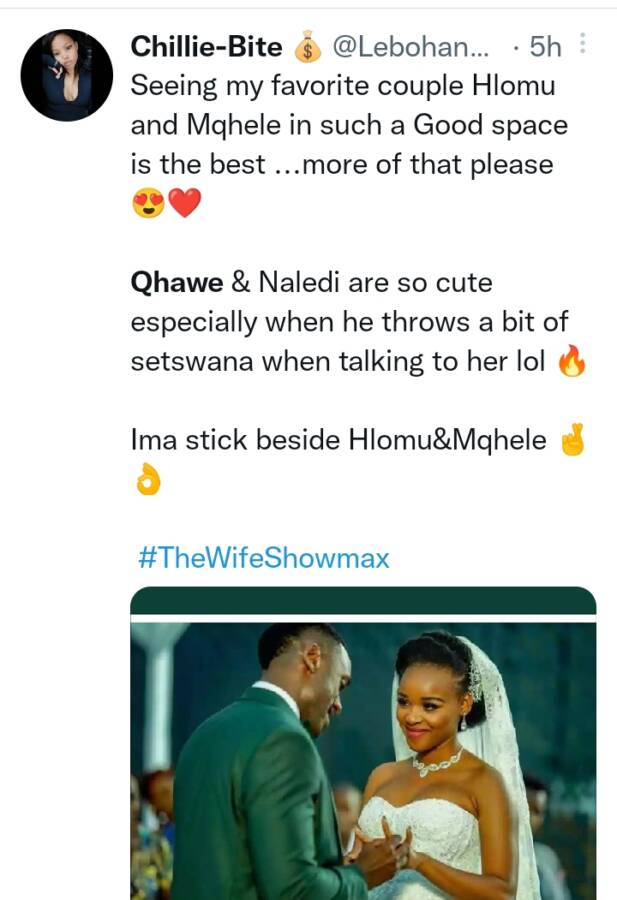 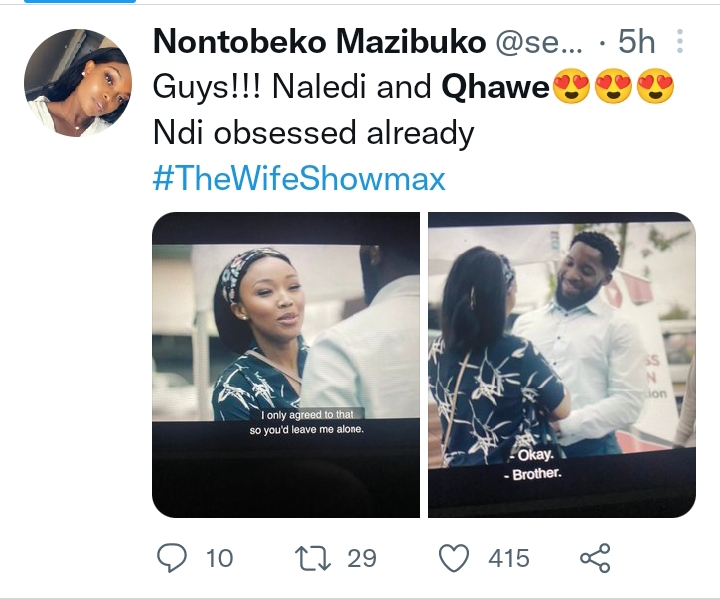 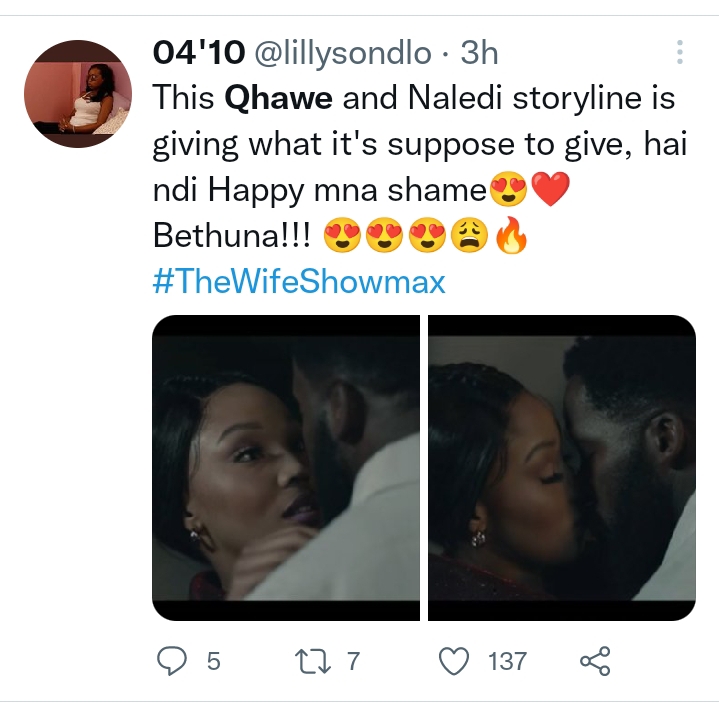 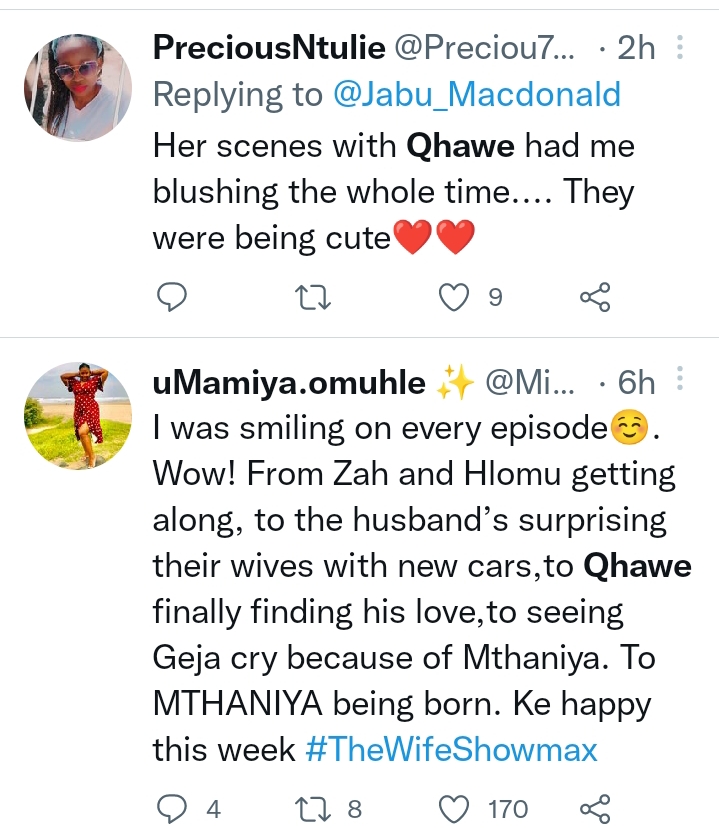 The Wife isn’t the first South African telenovela out there — not do we expect it to be the last. It is, however, currently one of the most followed, and viewers look forward to each episode every week.

Will the opinion of Qhawe and Naledi’s relationship change in the coming days? That will most likely depend on how the scriptwriters continue to handle both characters. Until then, stay tuned for updates.

Tags
Naledi The Wife
John Israel A Send an email 14 April 2022
Back to top button
Close
We use cookies on our website to give you the most relevant experience by remembering your preferences and repeat visits. By clicking “Accept All”, you consent to the use of ALL the cookies. However, you may visit "Cookie Settings" to provide a controlled consent.
Cookie SettingsAccept All
Manage Privacy