For some of South Africa’s reality show lovers, This Body Works For Me, which goes by the Twitter hashtag #ThisBodyWorksForMe, is currently the in-thing, with Samke, an OnlyFans star, as one of the key attractions.

The latest episode of the reality show has many fans debating about Samke’s life and how it affects her children – or might in the coming years given the nature of her job.

While some tweeps agree that she was a victim of a childhood she didn’t choose, they insist she wasn’t alone in her bad experiences, and she appeared unwilling to take responsibility for her own life as an adult.

According to some of her critics, if she were, she would have learned from her experiences and decided to raise her children right instead of making them go through similar trauma by not raising them well.

Some tweeps are irritated that she has even been given a platform, with one of them complaining that the media rewards the worst in society with a platform while the good ones are ignored. The verdict came after Samke avowed her love for drugs, declaring them to be like alcohol but without destructive effects. You can check out some of the comments below. 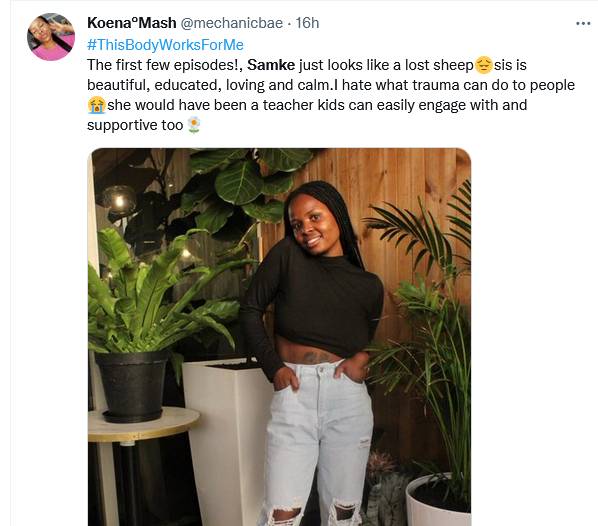 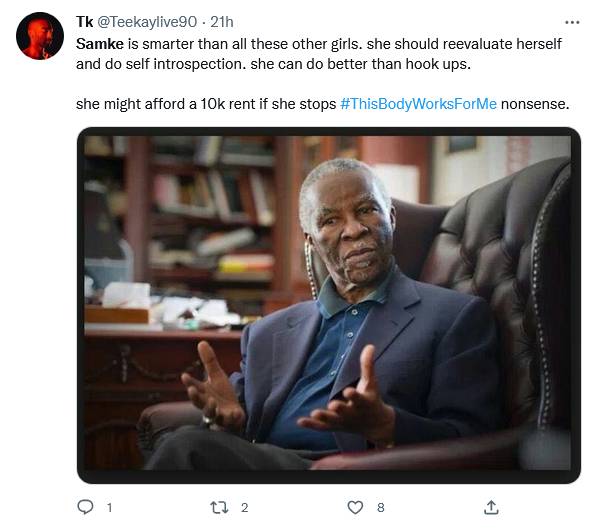 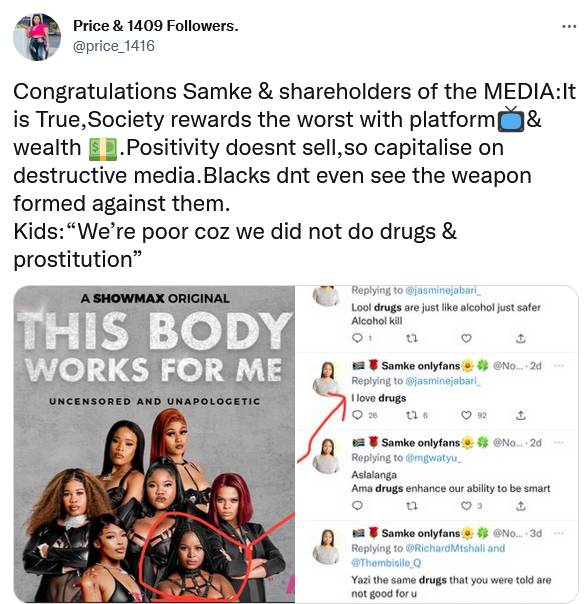 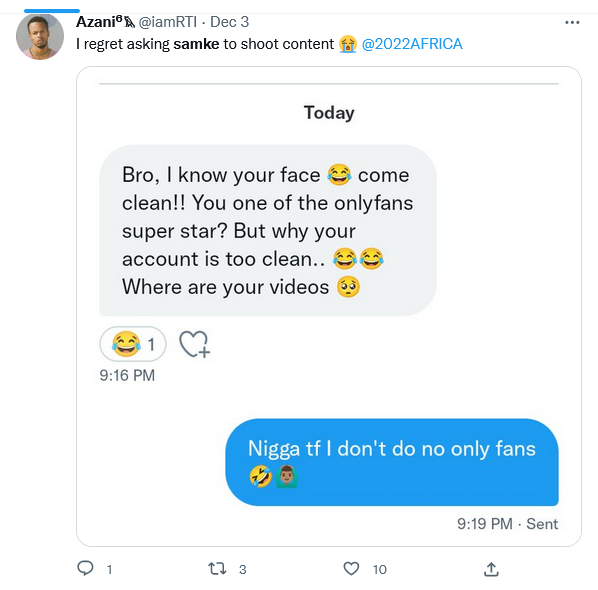 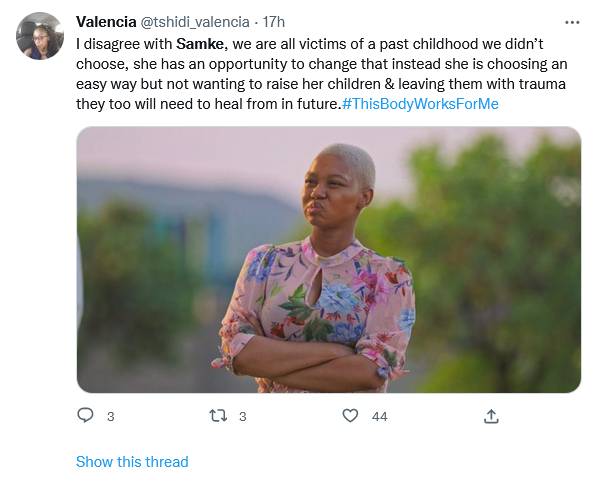 This Body Works For Me brings together some figures pushing the “body positivity” narrative in South Africa.

Tags
Samke This Body Works For Me
John Israel A8 December 2022
Back to top button
6
Close
We use cookies on our website to give you the most relevant experience by remembering your preferences and repeat visits. By clicking “Accept All”, you consent to the use of ALL the cookies. However, you may visit "Cookie Settings" to provide a controlled consent.
Cookie SettingsAccept All
Manage Privacy