Former Public Protector Thuli Madonsela’s daughter Wenzile has dragged her on Twitter, leading to an interesting conversation on what is exactly going on in the Madonsela family.

In a tweet that is no longer available, Thuli had noted that self-doubt makes people prisoners of external validation and most often their minds are searching for words to validate those views.

But Wenzile felt that her mother was sub-tweeting her. And she wasn’t having any of it. In two tweets that have since been deleted, she noted that sub-tweeting is childish but part of the disconnect in the world – which has to be accepted.

She accused her mother of stooping low, describing her action as toxic. She however admitted she has a normal family with its own problems. Although Wenzile has since deleted her tweets, we still managed to get one of them for y’all.

Since making that statement about her mother, Wensile has been quiet. But Mzansi’s social media streets have been abuzz weighing in on her tweet.

Some users thought the whole drama unnecessary and urged the mother and daughter to take their issues away from the public eye. You can check out some reactions from social media users below. 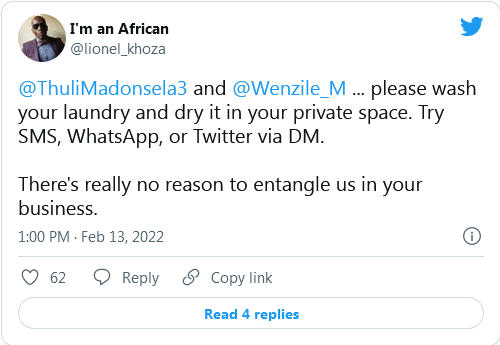 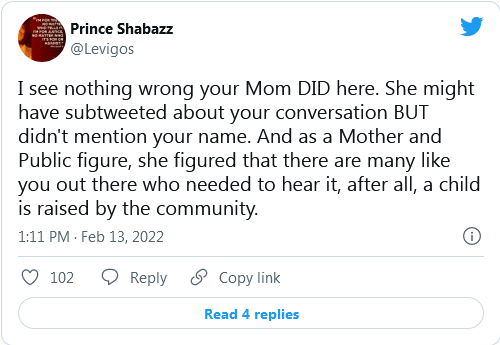 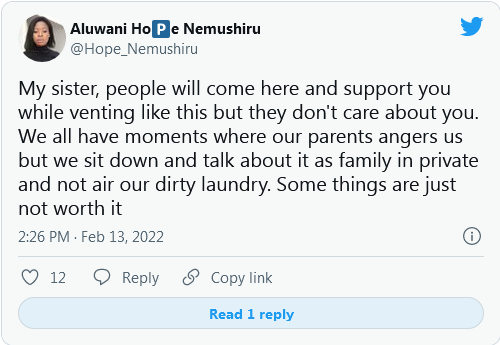 Tags
Thuli Madonsela Wenzile Madonsela
John Israel A Send an email 14 February 2022
Back to top button
Close
We use cookies on our website to give you the most relevant experience by remembering your preferences and repeat visits. By clicking “Accept All”, you consent to the use of ALL the cookies. However, you may visit "Cookie Settings" to provide a controlled consent.
Cookie SettingsAccept All
Manage Privacy