South African disc jockey Thuli Phongolo has just made it clear that she’s not in a rush to be in a relationship.

The claim will especially interest fans who have been following her moves on the music scene, especially how she interacts with fellow musicians. Previously, she was rumored to be in a relationship with amapiano producer Mr. JazziQ.

The jazzy muso had denied it and even gone ahead to reveal the woman that was and still is in his life – his mother. He bought her a gleaming white Mercedes Benz.

Thuli Phongolo had also been rumored to be in a relationship with DJ Maphorisa after a clip of her grinding him went viral on social media. But then she had laughed off the moment, insisting there was nothing between them; they’re just partners in musical progress.

According to reports, Thuli Phongolo thinks that getting hitched right now would not be good for her, as she’s focusing on the music. What she least wanted is to be tied to another relationship drama. 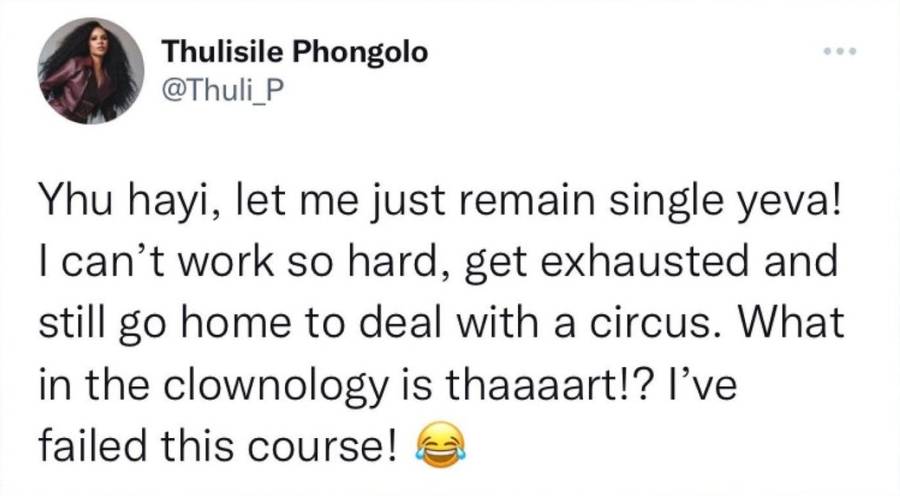 Anyway, for one who’s physically attractive, Thuli Phongolo is surely still in the designs of some men out there. We’d be here to bring you the news if by some chance mjolo should happen.

Tags
Thuli Phongolo
John Israel A Send an email 9 December 2021
Back to top button
Close
We use cookies on our website to give you the most relevant experience by remembering your preferences and repeat visits. By clicking “Accept All”, you consent to the use of ALL the cookies. However, you may visit "Cookie Settings" to provide a controlled consent.
Cookie SettingsAccept All
Manage Privacy