Bow Wow hits back at Timbaland for saying he doesn’t have 20 hits to participate in a Verzuz battle.

Yo, this here is a good story. The back and forth between Timbaland, and rapper, Shad Moss aka Bow Wow is nothing short of uplifting. The Verzuz co-creator started it when he reacted to a comment by Bow Wow about featuring in a Verzuz battle.

Replying fans who urged him to feature in a battle, the rapper called it a waste of time saying there wouldn’t be a worthy opponent for him. Timbaland commented on a post about it by TheShadeRoom saying the “Like You” rapper might not have up to 20 songs required to participate.

This prompted Bow Wow to clap back asking if he had been drinking too much Ciroc. Bragging about his discography, the Hip Hop star revealed that he could give him 10 hits before he hits his 3rd album. He also stated that the “Bow Wow” era was nothing to play with.

Of course, a lot of fans agreed with him and came up with 20 hits by the rapper. Later on, Timbaland shared a screen shot of Moss laughing off the lack of hits claims, inviting him to have a talk with him. 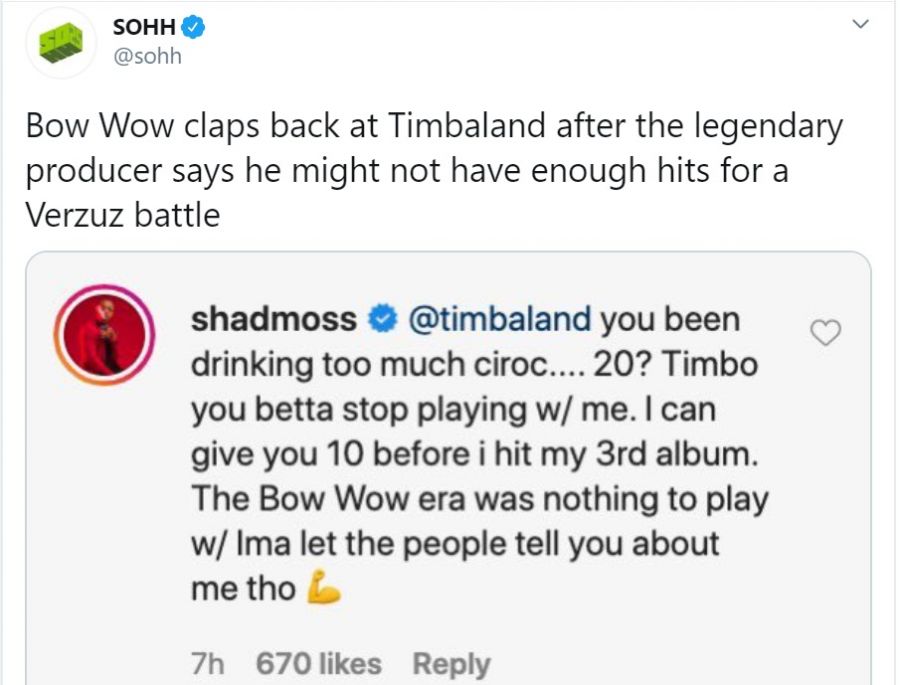 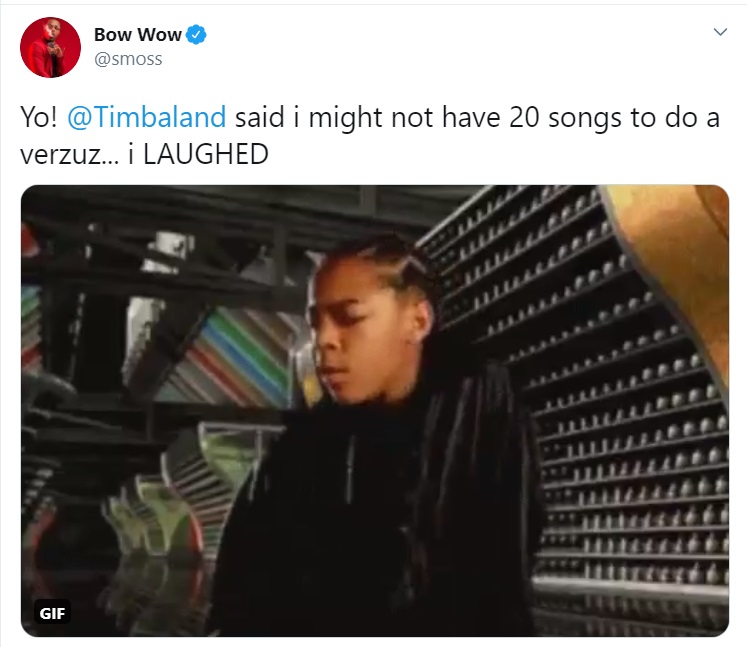 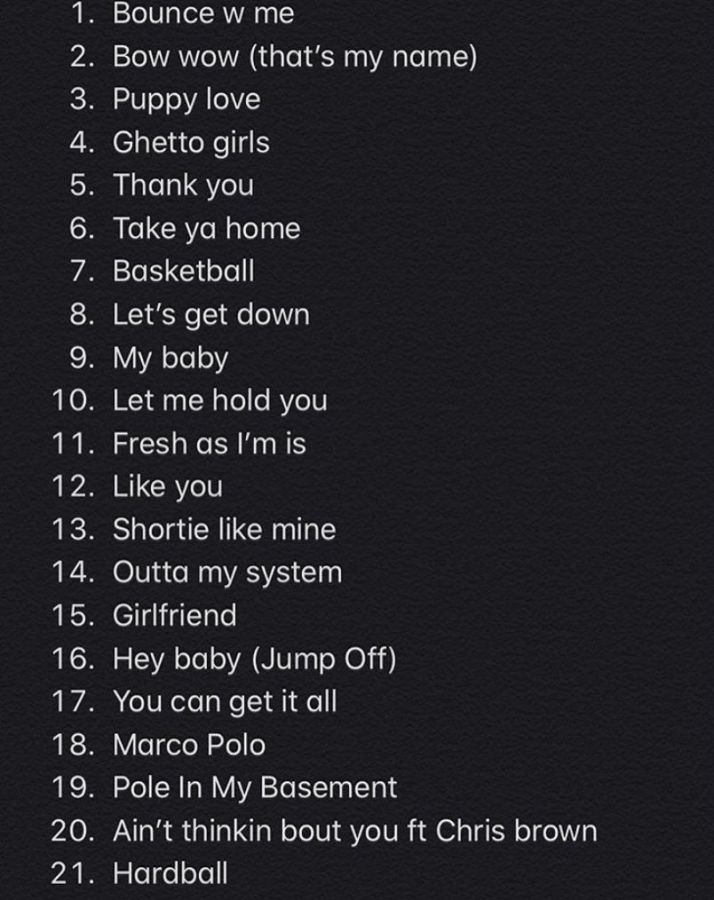 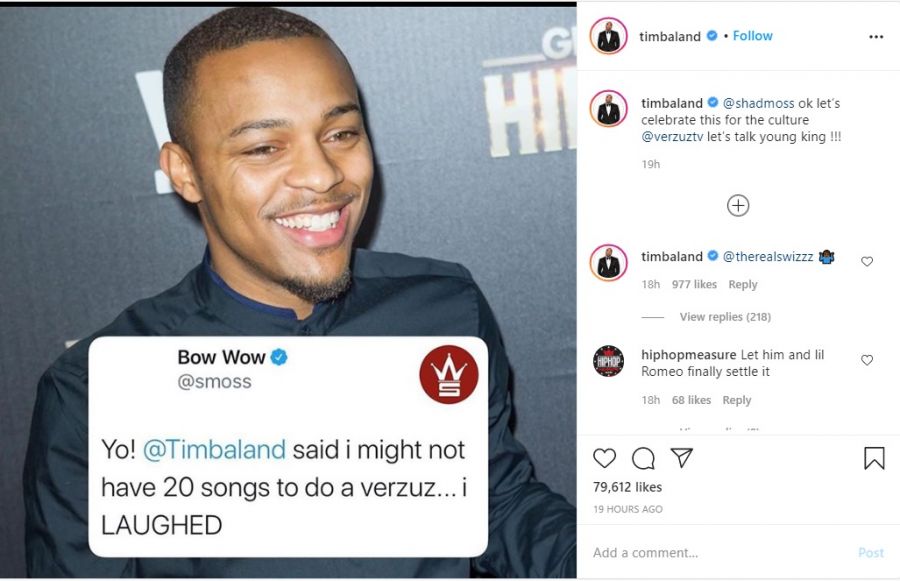 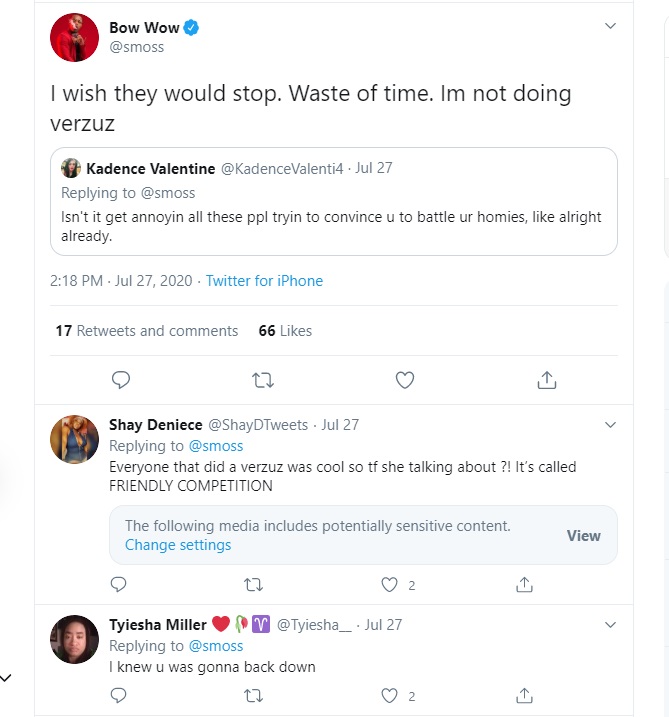