Nigerian singer/songwriter Tiwa Savage teams up with DaVido in the new music video for her latest single “Park Well.” The song is available on her critically applauded third studio album, Celia—available HERE via Motown Records.

This notably marks the first time these two superstars have shared a track. Shot in Lagos by Nigerian filmmaker Director K [Tiwa’s “Your Love,” DaVido’s “1 Milli”], the video opens with Tiwa behind a classic retro microphone in a bold and bright yellow couture dress. Accompanied by a full band, she slips into the track’s jazz-y bounce with a sly smile before the clip cuts to DaVido decked out in royal purple next to a vintage television set. As always, he projects the soaring hook with charisma and confidence. The visual climaxes with DaVido at a gorgeous white piano as Tiwa sings over a boisterous horn section produced Speroach BeatZ.

Celia has simultaneously cemented Tiwa as a vital voice and a global force. Owning the intersection of Afrobeats, soul, R&B, and pop, the record immediately drew praise. Celia was named one of the top 10 best albums of 2020 by TIME where they said “Savage has an innate understanding of how various strains of music from the Black diaspora fit together, so R&B, rap, Afrobeats, and global pop coalesce seamlessly on the record.” 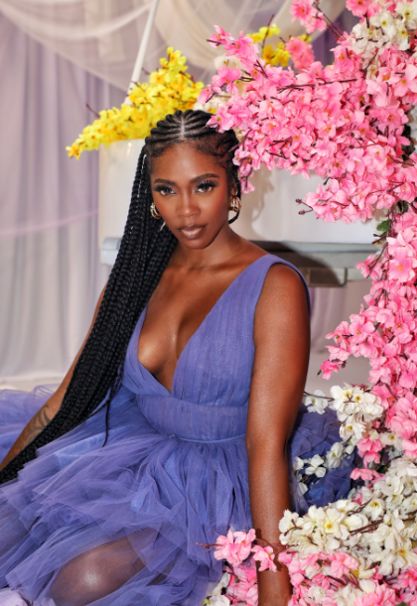 Okay Africa named “Park Well” among “The 9 Songs You Need To Hear This Week,” and Essence called the album “a sonic journey—taking us through falling in love, heartbreak, navigating double standards and gender dynamics in relationships, boosting one’s confidence, and even showing gratitude for the road taken thus far in her career.” She recently made her late-night television debut with a performance of “Dangerous Love” on NBC’s The Tonight Show Starring Jimmy Fallon, and she also sat down with NPR for a detailed interview.

Tiwa Savage empowers with an uncompromising, undeniable, and universal sound punctuated by the power to cross boundaries and rally audiences worldwide. With 18 million total followers on social media and north of 80 million streams in the U.S alone, she has quietly become not only the hottest artist in Africa, but one of the fastest rising stars in the world.