The Mzansi music industry has been plagued his artists and producers not getting the payment for their work. There has been a lot of complaints on social media.

Following his tweet calling out Universal Music for doing next to nothing to promote his new song, Prince Kaybee has recently been called out by TNS. The 21-year-old Durban star took to his Facebook page to share several screenshots of messages he received by producers, LaSoulmates with whom he worked on “Club Controlla”.

Apparently, they haven’t been paid for the work done on the song over 3 years back. TNS called on Kaybee and Zanda Zakuza do “fix this”, and pay them what they’re due.

Fans have reacted in various ways to this, with someone showing surprise that Kaybee would owe his producers. 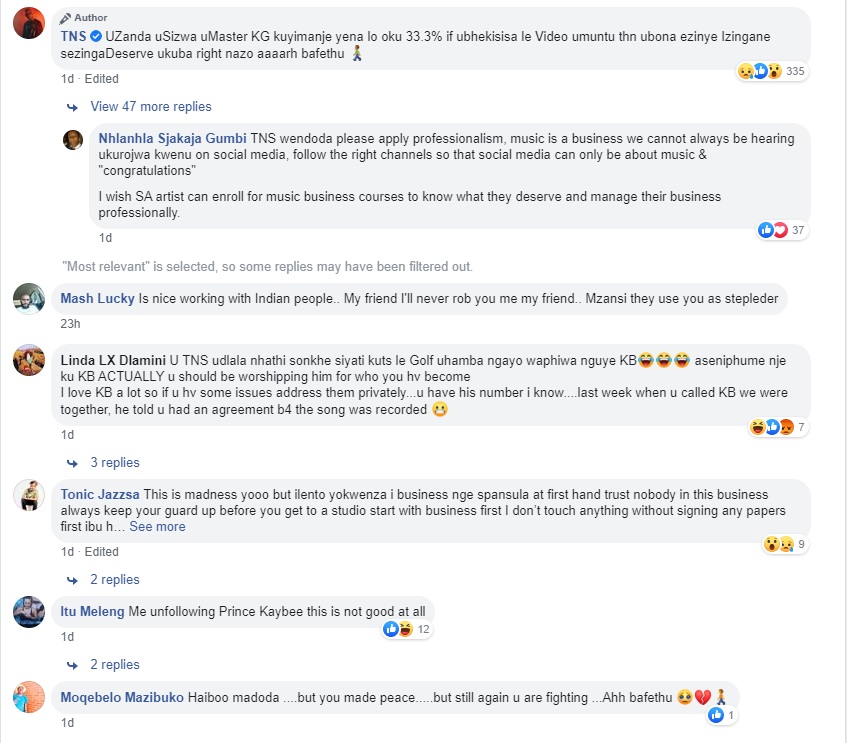 Tags
Prince Kaybee TNS
John Jabulani Send an email 19 October 2021
Back to top button
Close
We use cookies on our website to give you the most relevant experience by remembering your preferences and repeat visits. By clicking “Accept All”, you consent to the use of ALL the cookies. However, you may visit "Cookie Settings" to provide a controlled consent.
Cookie SettingsAccept All
Manage Privacy