Guys, we all know to expect so much from TNS’ upcoming album “Phupholethu” which is expected to drop some time this year. The talented vocalist and producer/DJ has been promoting the forthcoming album since the beginning of the year.

As fas as we know, it is going to be a double-disc album. He revealed that a while back. While we have no idea when the project might be dropping, he has now shared new information about it. There’s a new single dropping off the album in September, and it is titled “Zodwa Wabantu”.

Yes, we are as excited as you are. We definitely did not see that coming but we love it. 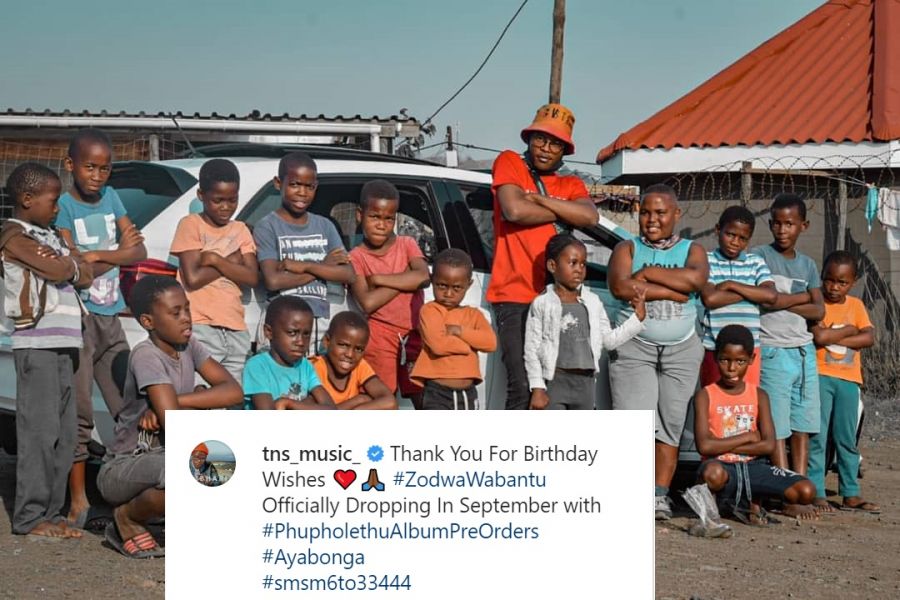 The Durban star made the announcement in a recent post via his Instagram page while thanking fans for their birthday wishes. However, he didn’t say when in September the song would be dropping. Zodwa must really love to have a song in her name.