Amapiano hitmaker, Toss is out with another dance challenge for his new song “Manca”.

A little while ago, Mzansi star Toss walked away from the scene and focused on getting better. He finally returned to the scene and unleashed a brand new song.

The fellow hitmaker Felo Le Tee recently took to social media to unveil a new dance challenge championed by Toss. The challenge is for his new song, “Manca” which sounds like a vibe. From the video, it is evident that the “Umlando” star is doing much better. He is still his energetic self busting moves like it’s Christmas.

Toss appeared alongside Blaqnick, Creative DJ, and MasterBlaq as a featured artist on Tyler ICU’s song “Chamela”. He also unleashed the “Umlando EP” with 9umba and Mdoovar. Currently the king of dance challenges, there is no doubt he will shake up the airwaves with this new one. Shout out to him. 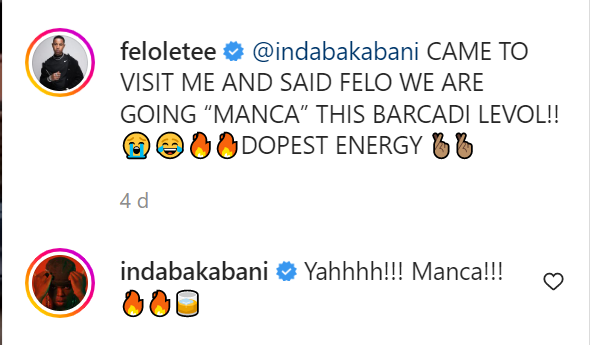 Tags
Toss
John Jabulani Send an email 25 May 2022
Back to top button
Close
We use cookies on our website to give you the most relevant experience by remembering your preferences and repeat visits. By clicking “Accept All”, you consent to the use of ALL the cookies. However, you may visit "Cookie Settings" to provide a controlled consent.
Cookie SettingsAccept All
Manage Privacy