Singer and music producer Towdee Mac had a good day and shared a picture of it with his fans and followers online.

In the picture, he could be seen with his wife Levi Chetty, who runs an event and brand management consultancy, and their daughter. Towdee Mac is black but his wife isn’t. The family looked great together, and Mzansi was impressed.

A storm of congratulations followed Towdee Mac’s tweet of him and his family. At the last count, several Mzansi musos, including Rashid Kay and B3nchMarq, as well as fans of Towdee Mac have showered him with their congratulation.

You can check out some of the tweets below. 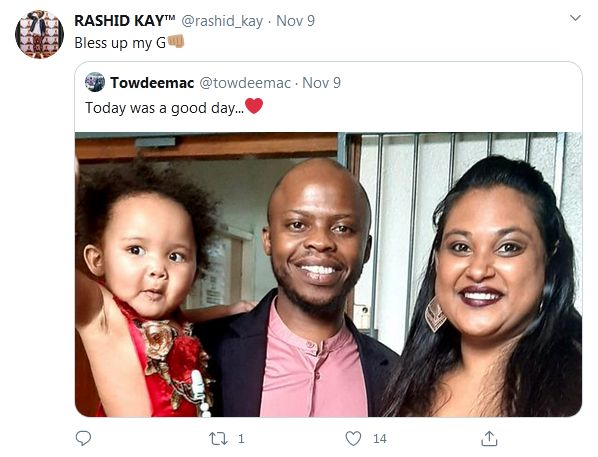 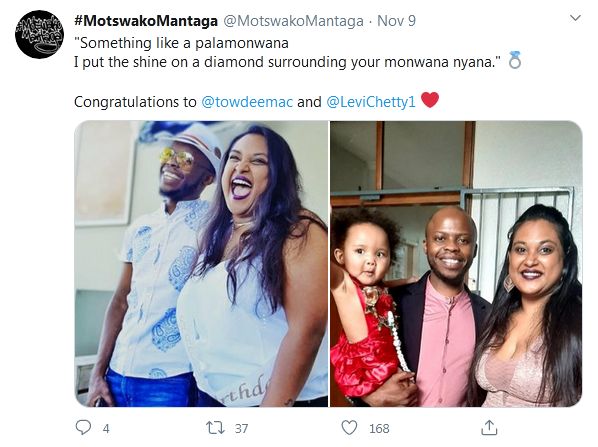 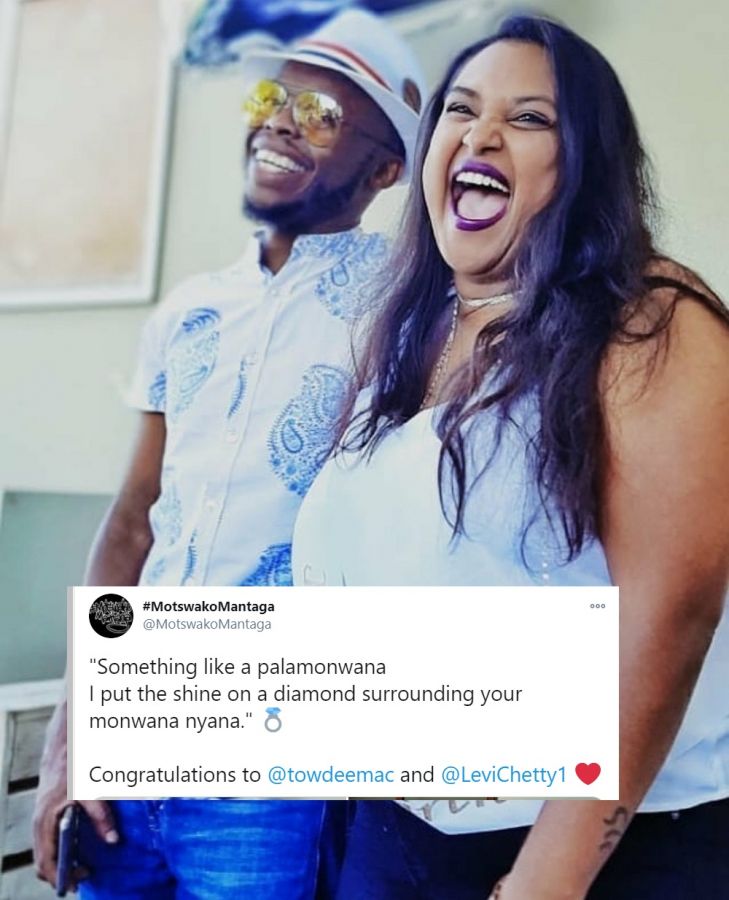 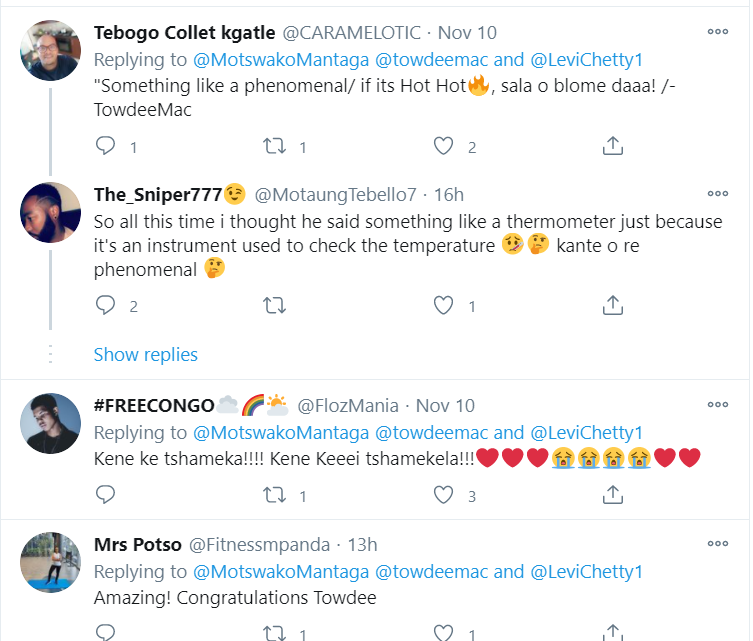 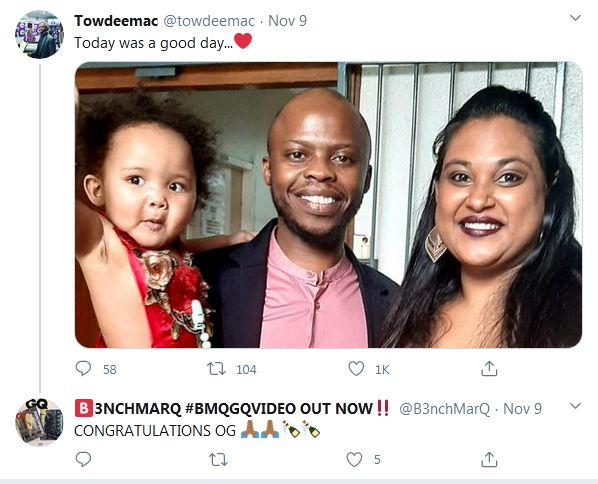 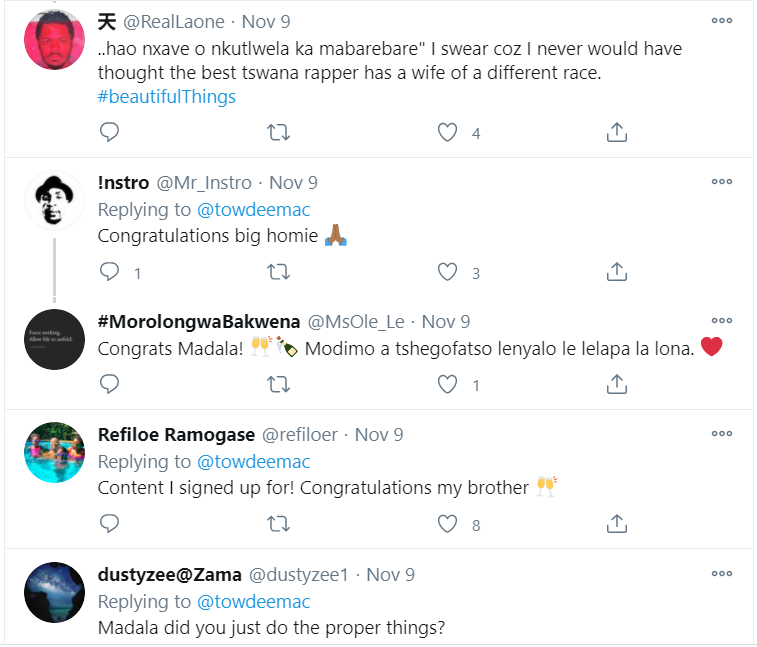 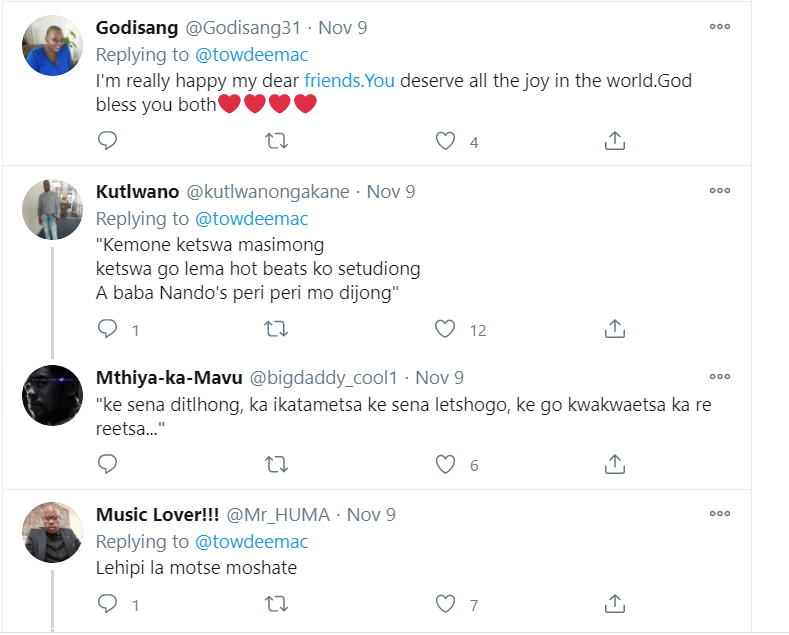 By the way, Towdee Mac is one of the notable advocates against gender-based violence (GBV). Months ago, the songster amplified his message against in a song titled “That Was Me in the Womb.”

He may not have released anything else since then – to our knowledge – he yet remains a vital force in South African music with an impressive résumé. The songster has worked with some of the music industry’s major names, including JR, Kwesta, HHP, Kid X, Zeus, ph, and Sean Pages… and we’re still counting.

Well, what do you think of the picture?

Tags
Towdee Mac
John Israel A Send an email 11 November 2020
Back to top button
Close
We use cookies on our website to give you the most relevant experience by remembering your preferences and repeat visits. By clicking “Accept All”, you consent to the use of ALL the cookies. However, you may visit "Cookie Settings" to provide a controlled consent.
Cookie SettingsAccept All
Manage Privacy