Music producer, sound engineer and singer Towdee Mac had a didactic session with fans just recently, probably without formal plans for the outcome.

In a thread the songster, who had delighted fans with a picture of his family a day ago, shared the differences between musical terms. The songster broke down the difference between mixtapes, EPs, LPs and singles.

He described an EP (extended play) is referring to the play speed of a vinyl record vis-à-vis the SP or standard play and LP or long play. He averred that meaning of EP has evolved markedly over the years.

Additionally, singles might refer to refer to the album of 7 tracks that play for thirty minutes or less.

You can check out the thread in the screenshots below and share your thoughts on it in the comment section. 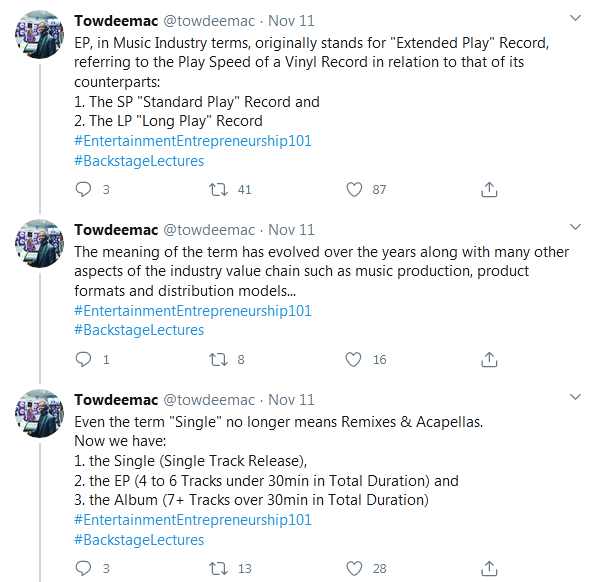 Tags
Towdee Mac
John Israel A13 November 2020
Back to top button
Close
We use cookies on our website to give you the most relevant experience by remembering your preferences and repeat visits. By clicking “Accept All”, you consent to the use of ALL the cookies. However, you may visit "Cookie Settings" to provide a controlled consent.
Cookie SettingsAccept All
Manage Privacy