My wife just gave birth to the most beautiful baby girl, announced Toya Delazy on Instagram, instantly provoking a storm of congratulations and good wishes from fans.

According to the songstress, her wife Ally Sdi and the child are doing just fine. The caption to the post indicated the delivery took place over the weekend. You can check out the post below. 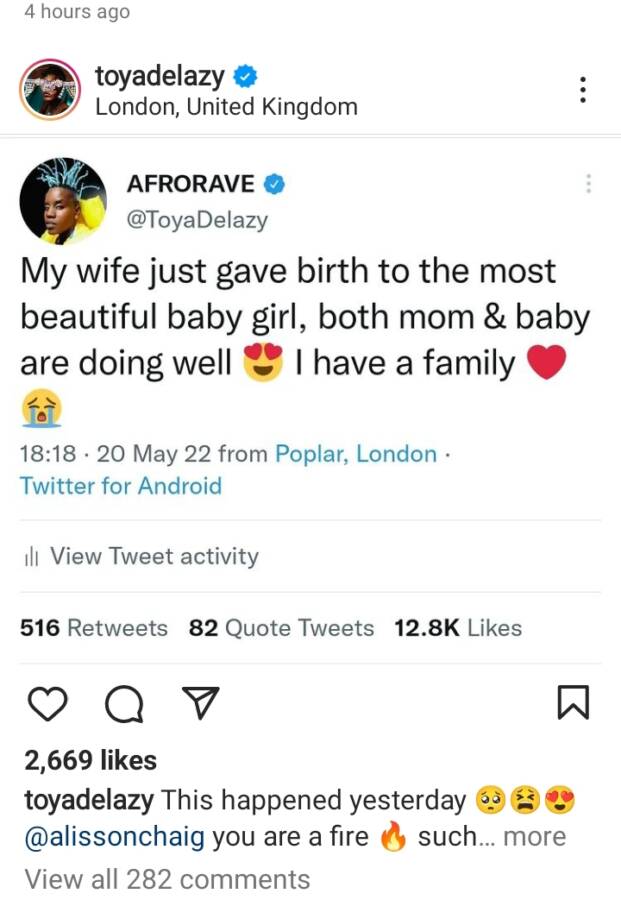 Earlier this February, the couple had announced their pregnancy when asking the universe to guide them as they step into a chapter of their lives — as parents.

It turned out the universe listened to them accordingly, and now they are celebrating being parents for the first time. Congratulations continue to pour in for the couple as we write.

Celebrity chef and TV personality Lorna Maseko are among the notable figures that have congratulated the couple on the newest addition to their family. Lorna described babies as a blessing.

Sade Giliberti, a SABC presenter, was also in the comments with a note of congratulations for the couple.

Apart from the news of the birth, other details about the child, including the name, have not been given. Still, it’s evident that Toya Delazy and her partner are pretty happy to be together.

Tags
Ally Sdi Toya Delazy
John Israel A Send an email 24 May 2022
Back to top button
Close
We use cookies on our website to give you the most relevant experience by remembering your preferences and repeat visits. By clicking “Accept All”, you consent to the use of ALL the cookies. However, you may visit "Cookie Settings" to provide a controlled consent.
Cookie SettingsAccept All
Manage Privacy