American rapper Travis Scott has reacted to the news that almost a dozen persons died during his concert in Houston on Friday night (November 5).

Commenting, the songster noted that he was devastated by the incident in which at least eight persons died, stating his heart goes out to those impacted.

Travis Scott’s show at the Astroworld Festival had been sold out.. During his performance, he had reportedly encouraged fans to come to the stage. Those who rushed there had reportedly crushed some people along the way.

Recalling the event, some fans noted that there were just too many people at the event. 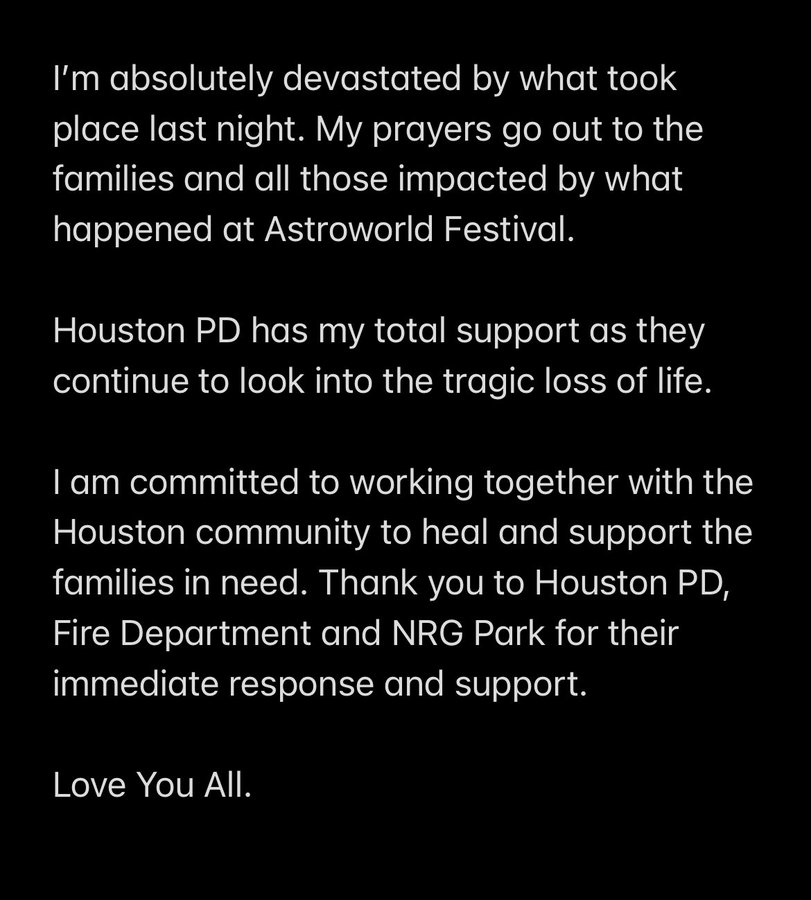 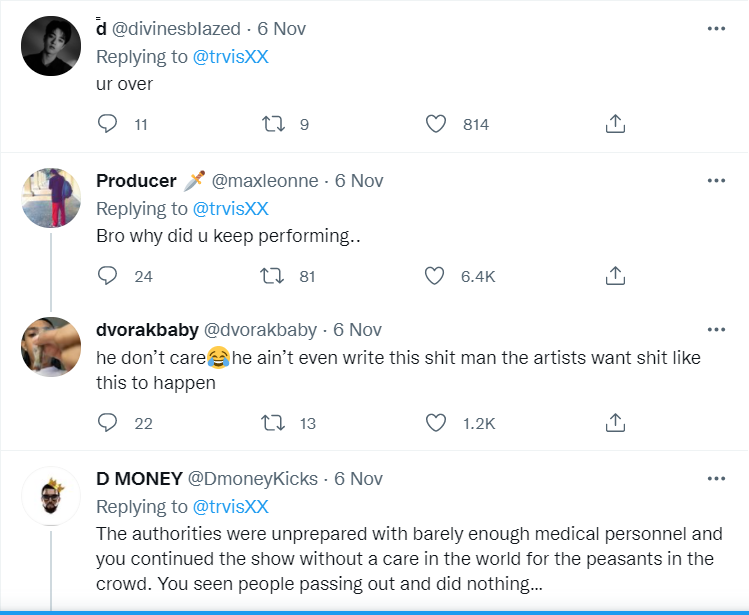 In a recent post to her Instagram Story, Scott’s girlfriend Kylie Jenner had noted that she and her man were unaware of the fatalities until after the show and reports emerged in the media. She insisted her man would never have continued the show if he knew of the fatalities at the event.

She also prayed for everyone who was negatively impacted by the show. You can check out her post below. 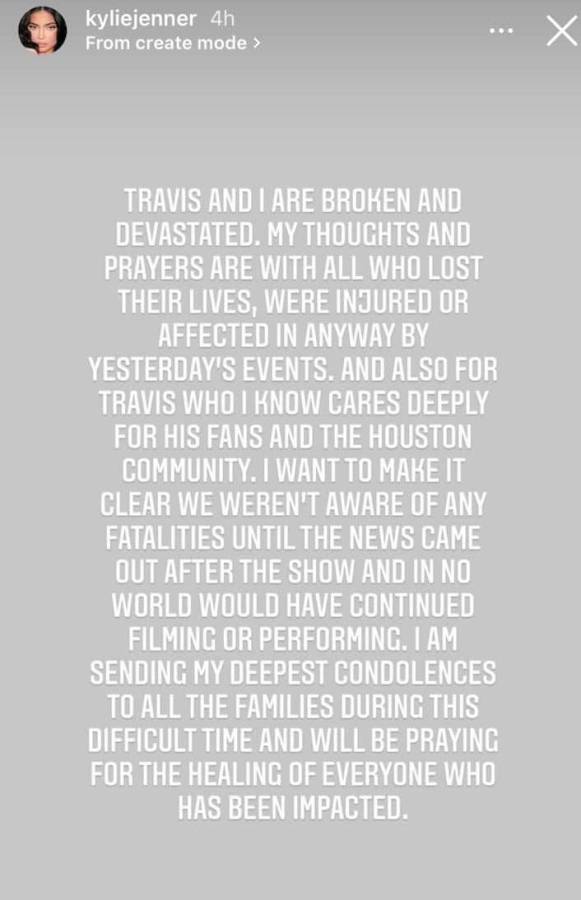 This isn’t the first time concertgoers have perished at a concert venue because of crowding or similar issues. But this is the largest single event death in the United States this month.

Tags
Travis Scott USA
John Israel A Send an email 8 November 2021
Back to top button
Close
We use cookies on our website to give you the most relevant experience by remembering your preferences and repeat visits. By clicking “Accept All”, you consent to the use of ALL the cookies. However, you may visit "Cookie Settings" to provide a controlled consent.
Cookie SettingsAccept All
Manage Privacy