TV show host Trevor Noah had an encounter with Beyoncé and her husband Jay-Z during a basketball game, and both fist-bumped him as they walked by.

It was a memorable moment for Trevor Noah, a celebrity himself. But as he said later, he tried to act cool. Trevor Noah relived the encounter and what it meant to him in a recent post to Instagram in the spirit of #TBT

In the post to Instagram, he had stated that he had thought of every possible caption for the picture of him fist-bumping the couple. He described it as a privilege and a magical moment to experience in life.

While admitting he has magical encounters every other day, he especially values the significance of meeting with the celebrity couple: he is living a dream. You can check out his post below. 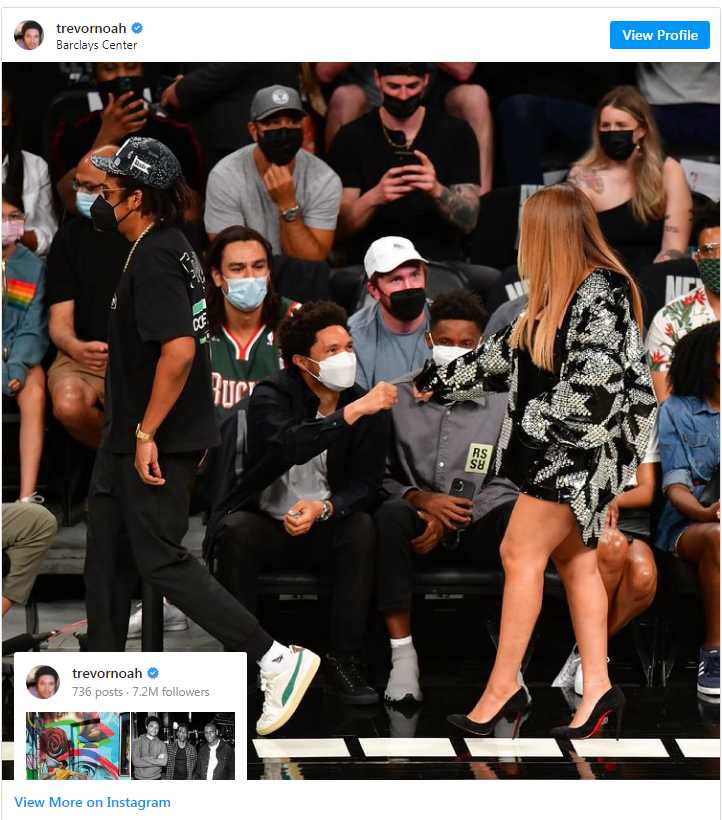 Trevor Noah, he host of The daily Show, is no obscure figure. But his fame pales compared to Jay-Z’s. So it was understandable when he felt star-struck seeing the couple for the fist time and bumping fists with them.

South Africa celebs who saw his #TBT picture inundated him with congratulations, letting him know he is reping South Africa pretty well. Others made it clear they’re inspired by his success.