Never one to do what he doesn’t want to or what others consider politically correct and want him to do, former United States president Donald J Trump walked out of an interview with Piers Morgan when pressed for comment about the 2020 election.

Trump had lost the election to Joe Biden. Many controversies have trailed the election, including claims that the Russians interfered in the polls.

The election is over, with its winners and losers, but the dust over it is yet to settle. Although Trump believed he was rigged out, he wasn’t okay with discussing it when pressed by Piers Morgan. 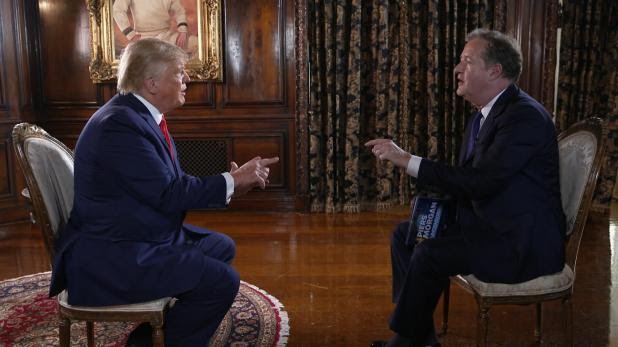 And when Morgan asked if Trump thought he was a fool, the 45th president of the United States spat back in the affirmative.

At some point, Trump wanted to end the interview. That’s it, he snapped. He, however, remained in his seat to discuss a recent golf triumph.

Tags
Donald Trump USA
John Israel A Send an email 21 April 2022
Back to top button
Close
We use cookies on our website to give you the most relevant experience by remembering your preferences and repeat visits. By clicking “Accept All”, you consent to the use of ALL the cookies. However, you may visit "Cookie Settings" to provide a controlled consent.
Cookie SettingsAccept All
Manage Privacy