Tshego calls Cassper Nyovest out on Twitter for  not paying him for his music.

Guys, there’s a new feud brewing in the music industry, and Cassper Nyovest is caught in the middle of it as usual. The Mzansi rapper has been called out by former Family Tree Records act, Tshego who accused him of not paying him for songs he released under the label.

Honestly, this is quite confusing because, Tshego claims he owns the masters on all the songs including “Hennessy”, “Garden”, “The Vibe” and more, and still hasn’t made a cent from them. He also claims that their(artists) deal with Family Tree is unheard of. According to him, Cass doesn’t make any money from his artists by choice, making everyone their own boss with their own teams.

He further revealed that he’ll be taking the matter to court, and is confident that he would win. We can’t wait to see how that turns out. 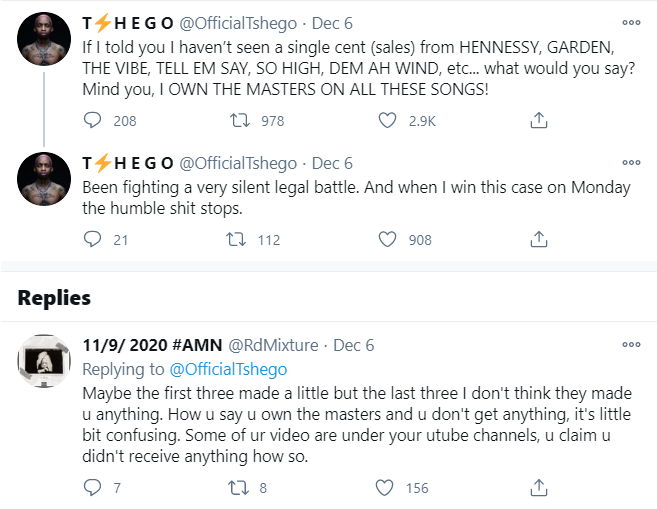 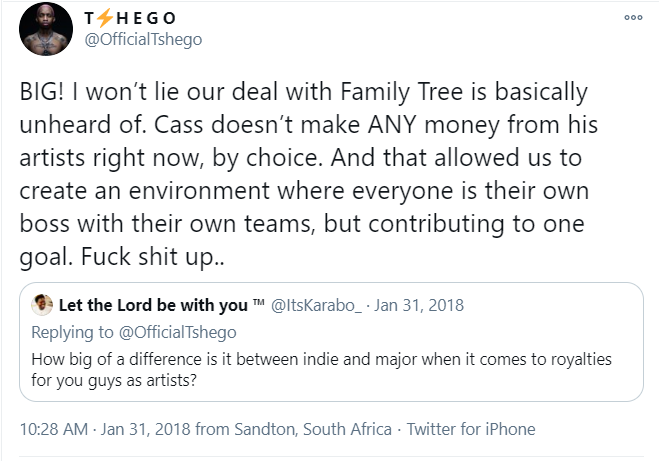