Born on the 25th of June, 1987, Bonang, or “Queen B” as she is popularly known as, adds another year to her age. Matheba shot to fame after presenting the SABC 1 music show LIVE (now Live Amp). She is also known for being the first Black South African to be featured on a good number of magazines. 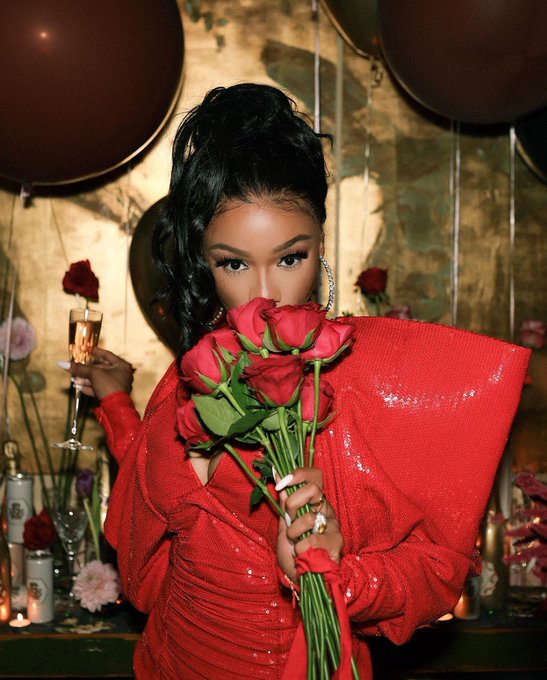 And in 2011, she turned into a household name when she became the first South African celebrity to launch an online reality show called “B*Dazzled.” Like that was not enough, in 2013, she became the very first international ambassador for the cosmetic brand, Revlon, outside of the US.

In honor of the radio and television presenting Queen’s 35th birthday today, her supporters and colleagues in the South African entertainment field have taken to social media.

Sizwe Dhlomo wrote: “Happy Birthday @Bonang! I hope you enjoy your day to the max! With lots of love, Fudge.”

For those still wondering how the media star would be celebrating on her special day, Queen B, prior to this day, had already made that clear as she responded to a curious fan some days back. “Nothing. I will be home with my man,” she wrote.

happy birthday to my favorite human being , J's girl @Bonang 🥂🍾. I love loving you ❤❤❤. Have a fab one my love pic.twitter.com/t4p7d9lps4

Tags
Bonang Matheba
Ikedichim Chibundu Send an email 25 June 2022
Back to top button
Close
We use cookies on our website to give you the most relevant experience by remembering your preferences and repeat visits. By clicking “Accept All”, you consent to the use of ALL the cookies. However, you may visit "Cookie Settings" to provide a controlled consent.
Cookie SettingsAccept All
Manage Privacy