As long as the world exists, there will always be competition, with tweeps fighting over who’s the best in one field or the other. Even known names battle and claim to be the best in what they do.

Well, that’s the reality in South African music, where a recent debate erupted over who, between Big Zulu and Duncan, is the best storytelling rapper.

The controversial Twitter figure Chris Excel had provoked the debate when he asked his million-plus followers who between the two rappers is the best at storytelling. Fans jumped into the conversation instantly, and the verdicts started pouring in.

It turned out most South Africans had their money on Duncan as the best at storytelling. You can check out the responses below. 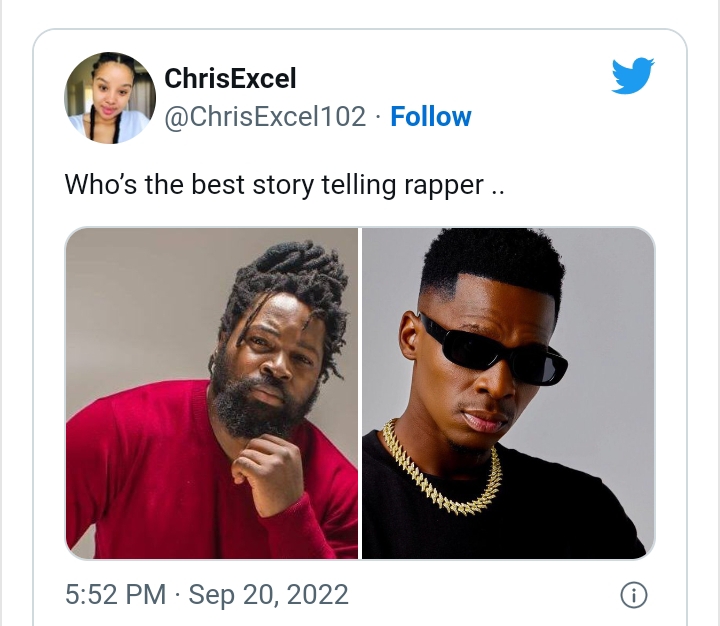 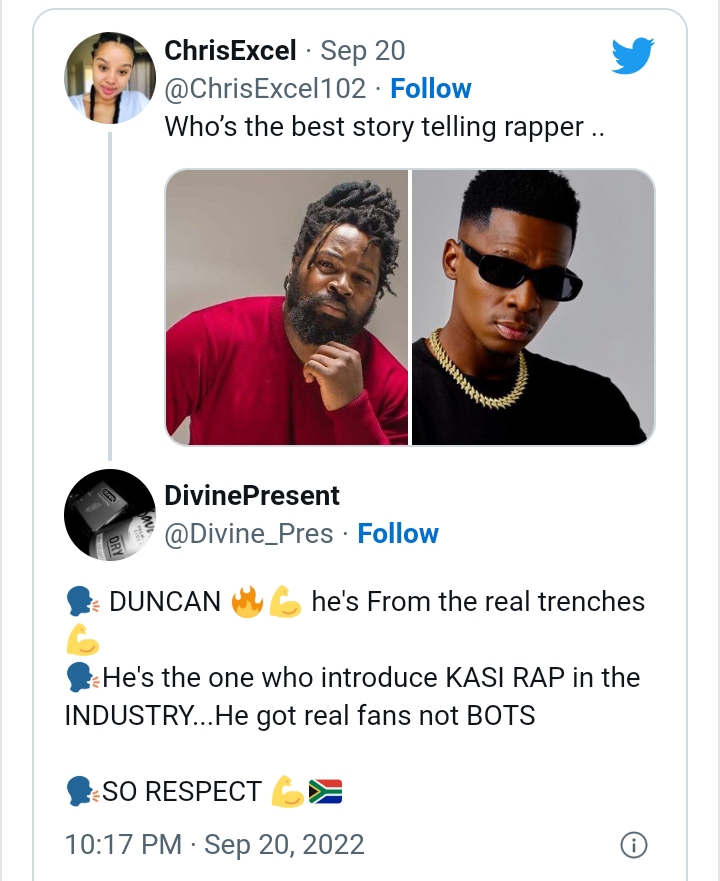 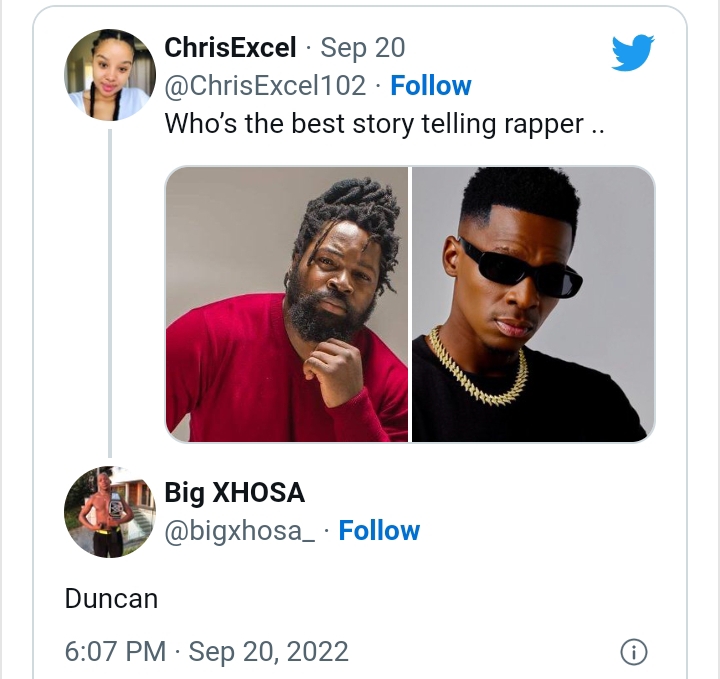 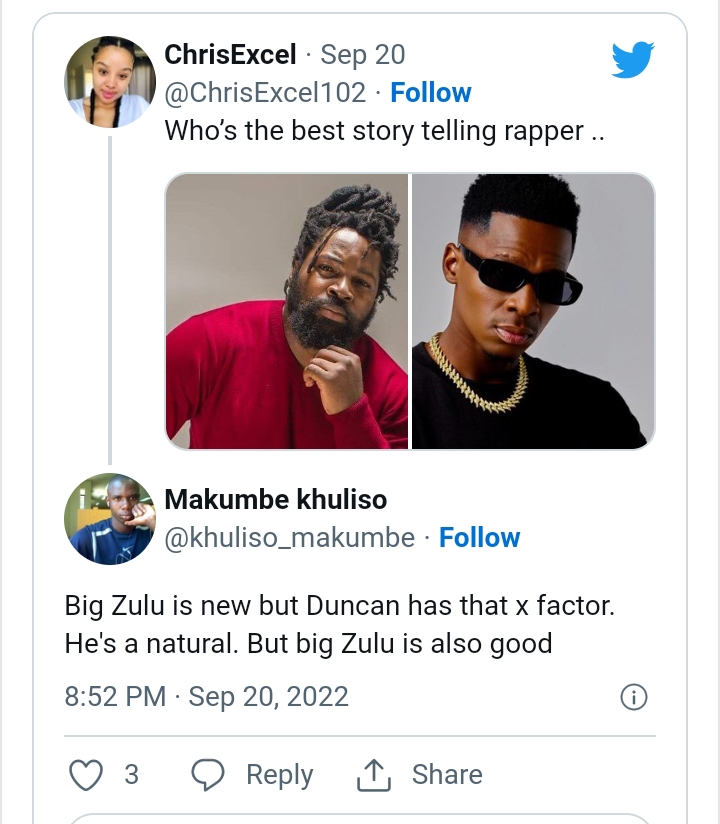 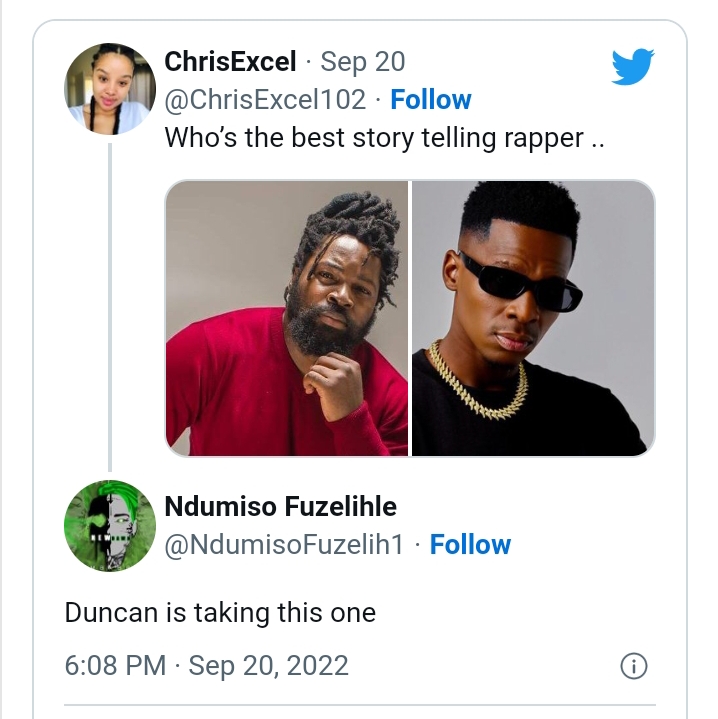 The enquiry on who the best storyteller is, follows Big Zulu’s release of “150 Bars,” a track in which he dissed several rap notables, and Duncan’s response to it.

The response was thought to be personal, and even Big Zulu took offence at it and threatened to punch Duncan. Of course, he had not kept that promise.

It remains to be seen if he will eventually fulfil his threat and what the outcome will be. Stay tuned.

Tags
Big Zulu Duncan
John Israel A Send an email 23 September 2022
Back to top button
Close
We use cookies on our website to give you the most relevant experience by remembering your preferences and repeat visits. By clicking “Accept All”, you consent to the use of ALL the cookies. However, you may visit "Cookie Settings" to provide a controlled consent.
Cookie SettingsAccept All
Manage Privacy