Twitter users call Reason an upcoming rapper, and thank Boity for opening the industry for him.

Another day, another Reason trolling. It’s surprising that this hasn’t even gotten old. Tweeps have constantly trolled Mzansi rapper, Reason on social media for reasons best known to them.

Now, Boity is at the centre of it all. Remember when Reason took to social media to share a preview of a collaboration he did with Boity? Yes, the song named “Satan”. Well, fans are feeling the song but certainly not because of Reason. They’re actually hailing Boity for her work on the joint, and calling her the Queen of Rap.

Tweeps have taken to social media to say Boity helped introduce “upcoming rapper”, Reason to the music industry. It’s obvious that Reason has paved his own way in the SA music industry but it seems not to be recognized by many. Hopefully, this blows over and he gets the respect he deserves. 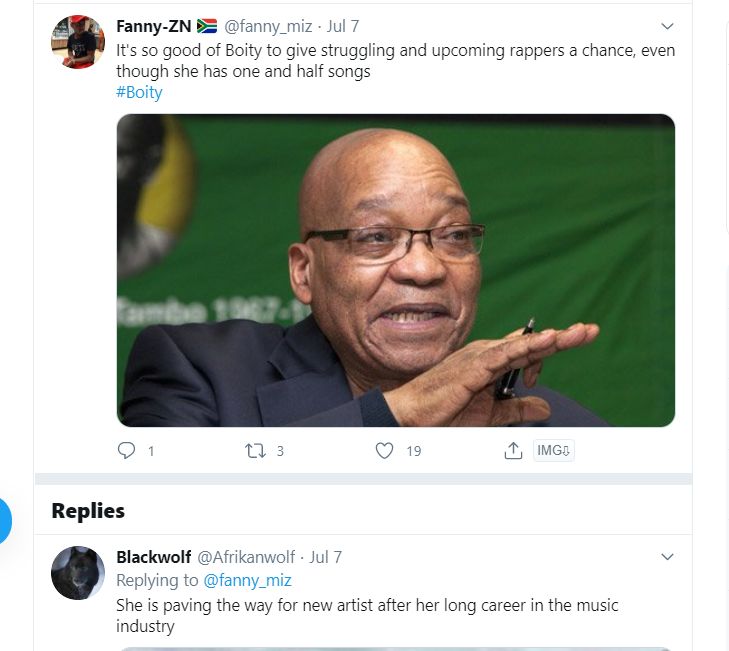 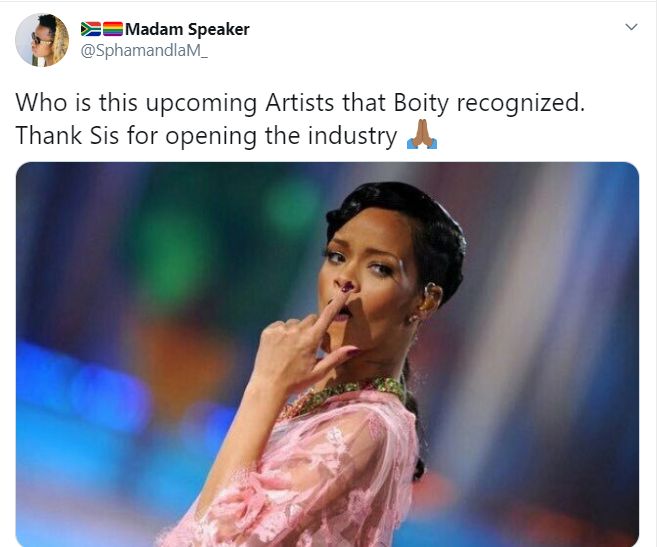 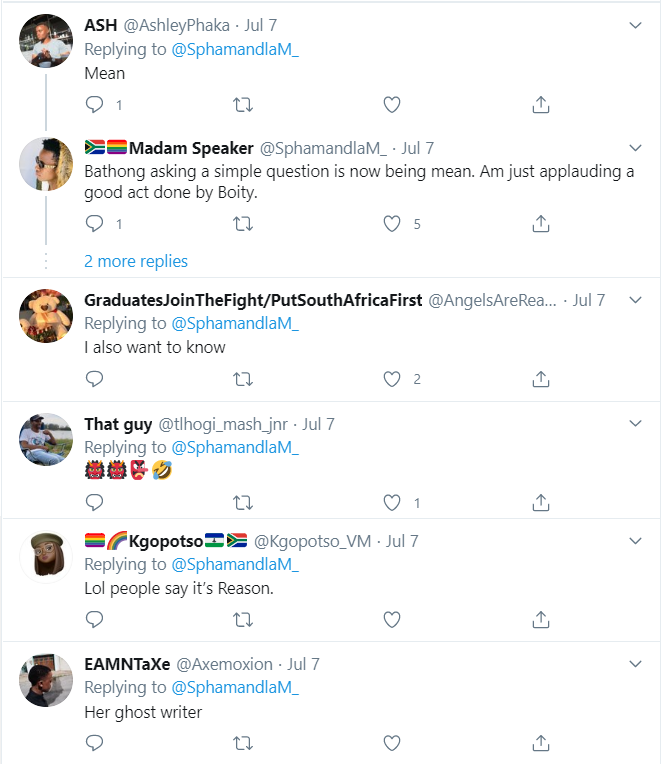