SA Hip-hop stars, Nasty C and Tweezy share reactions to news of the return of Ebola.

The world as we once knew it isn’t the same anymore. Everyday, there’s always news of something happening somewhere and it never seems to end. While the world is still struggling to eradicate the spread of the Coronavirus, there’s news of Ebola coming back. Yes, we are also as shocked you are.

When the news first broke, Twitter was ablaze with tweets of shock from several users. Mzansi Hip-hop stars, Tweezy and Nasty C were part of many celebs who also expressed their shock at the news on Twitter.

Tweezy tweeted in disbelief at the return of the virus, while Nasty C shared a one-word reaction. 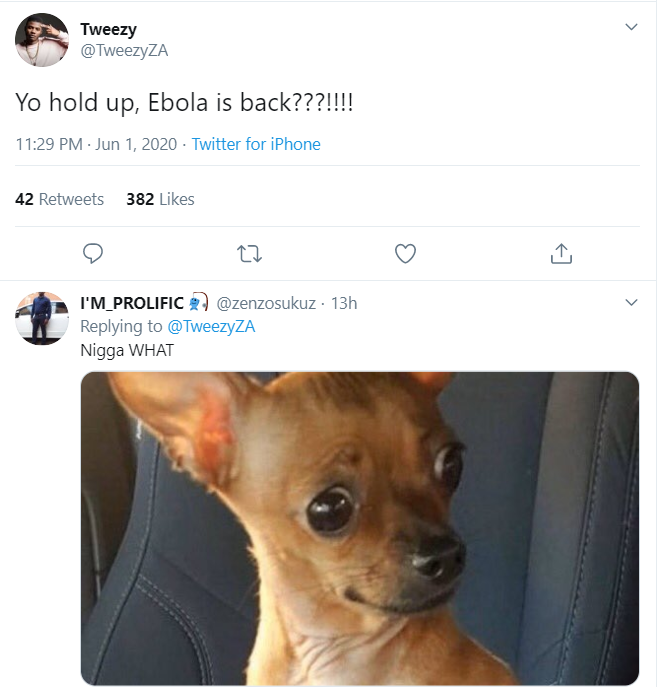 Fans of both stars took to the comments section to confirm the shocking news. The new case was confirmed in Congo. Hopefully it doesn’t spread like it did a few years back. 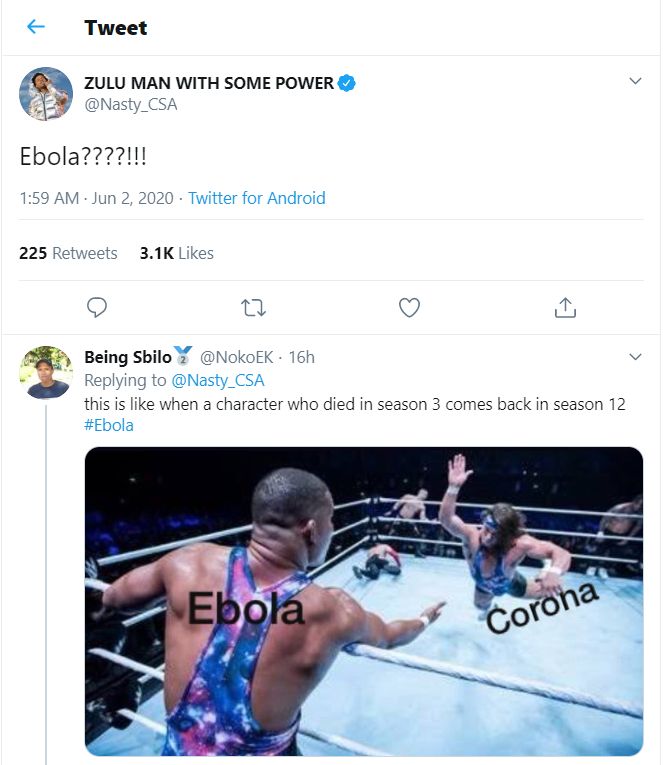