The saying “we rise by lifting others” is just accurate and a lot of celebrities understand this. Tweezy has never been one to hide how he really feels about anything or anyone.

The popular Hip-hop producer was recently blown away listening to Stogie T’s album, and he took to Twitter to reveal it. According to him, it is filled with “countless bangers and classics” and sounds like “it dropped today”. He also called the album “amazing” and “timeless” revealing that he’s never not enjoyed a single drop from the rapper.

Tweezy has always been vocal about the people he’s been touched by their work. A few weeks back, the talented muso took to Twitter to reveal how much he’s been touched by Canadian rapper, Drake’s music. According to him, his songs have helped him through difficult times in his life. 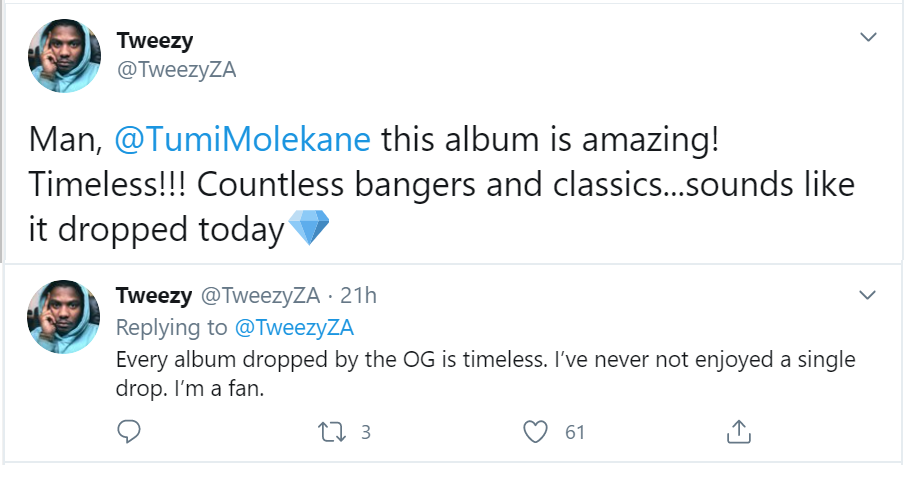