Tweezy reveals that Drake’s music saw him through the hard times in his life.

Mzansi producer, Tweezy has always been vocal about his struggle with depression. Just like a lot of Mzansi celebs, he hasn’t had it easy, and he’s always told his story.

The “Amademoni” star recently took to Twitter to reveal the rapper whose music got him through trying time. According to him, it’s Drake’s. He called the “Toosie Slide” hit maker’s discography “God Sent” while revealing that they share the same birthday.

In his opinion, the Canadian star deserves all the success for his amazing music. He also shared how heard “Too Much” back in 2013 and cried. He revealed it was at a time he was struggling and trying to get AKA to listen to his beats.

Apparently, Drake isn’t the only one whose music has touched him, Kanye’s own has too. He hopes to tell them about it someday. 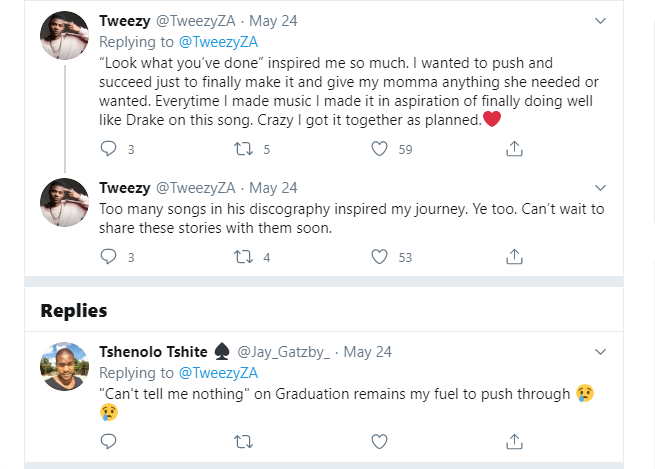