While everyone reacted to the recent BBC “Sex For Grades” segment which was released yesterday, a Twitter user came for Zlatan Ibile on social media. He wrote,

Zlatan upset by the tweet, replied him writing; “Your father is Dumb.”

The user further dragged the singer in another reply,

“As if i knew, Agbero illiterate will always be one.. Let’s see how far your emptiness will take you in the industry.. It is a game of the survival of the fittest, na person wey get talent and emptiness go last, not emptiness upon emptiness all the time.” 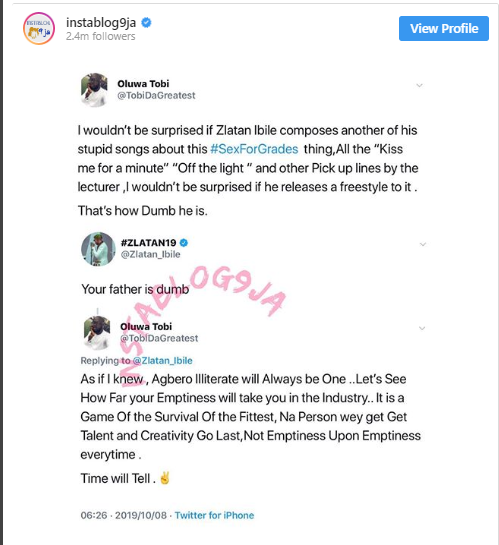