American rapper Tyrese Gibson, known mononymously as Tyrese, has been severely criticized for claiming whites are being enslaved in South Africa.

Tyrese had shared a photo on his Instagram page depicting whites in chains. He dubbed the picture the flip side and stated that was what was happening in South Africa right now. 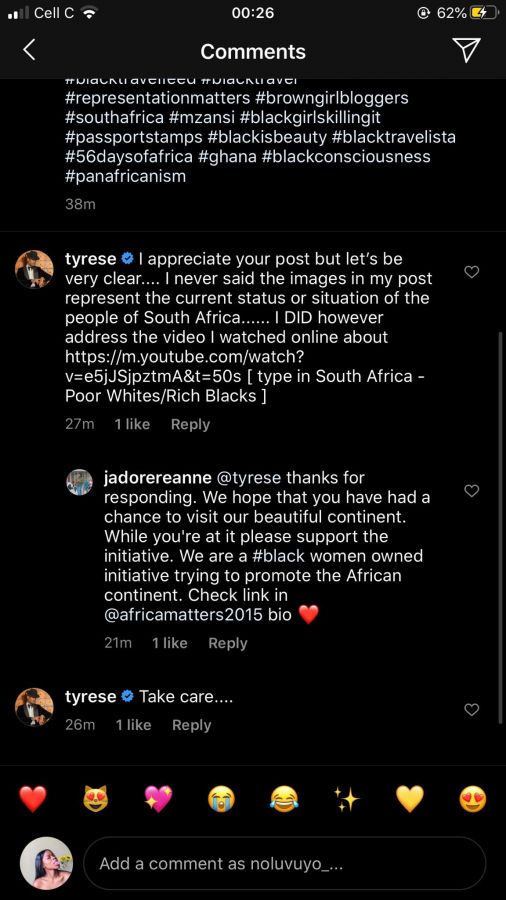 Reactions to the post were instant. Most South Africans denounced him, calling him a loud ignoramus spreading fake news. Some asked him to disclose where exactly this was happening. Some dismissed it as a big fat lie and unworthy of anybody’s attention.

A Twitter user who goes by the name Kiki Marli dismissed Tyrese as the dumbest and most ignorant African-American celebrity to date.

Tyrese has since apologized. In a follow-up Instagram video, which he described as his longest to date, he explained that his words were misunderstood but he would apologize anyway. The video has apparently been taken down but you can see it here:

I think he uploaded the video and took it down 🙄. pic.twitter.com/hCoLIVN4E6

It appears no one is listening to him right now. One angry South African said Tyrese messed with the wrong nation and will pay for it.

What do you make of Tyrese’s post and the criticism it has been generating? Check out the images below and join the conversation by dropping your thoughts in the comment section.

Tags
Tyrese
John Israel A18 June 2020
Back to top button
Close
We use cookies on our website to give you the most relevant experience by remembering your preferences and repeat visits. By clicking “Accept All”, you consent to the use of ALL the cookies. However, you may visit "Cookie Settings" to provide a controlled consent.
Cookie SettingsAccept All
Manage Privacy