She posted a story from an American publication, the New York Post, which showed that R. Kelly has been found guilty on all counts in his sex-trafficking trial.

In the comment to the picture, she noted that today marks the end of anyone trying to play R. Kelly music before her while spewing some philosophical gibberish. You can check out her post below. 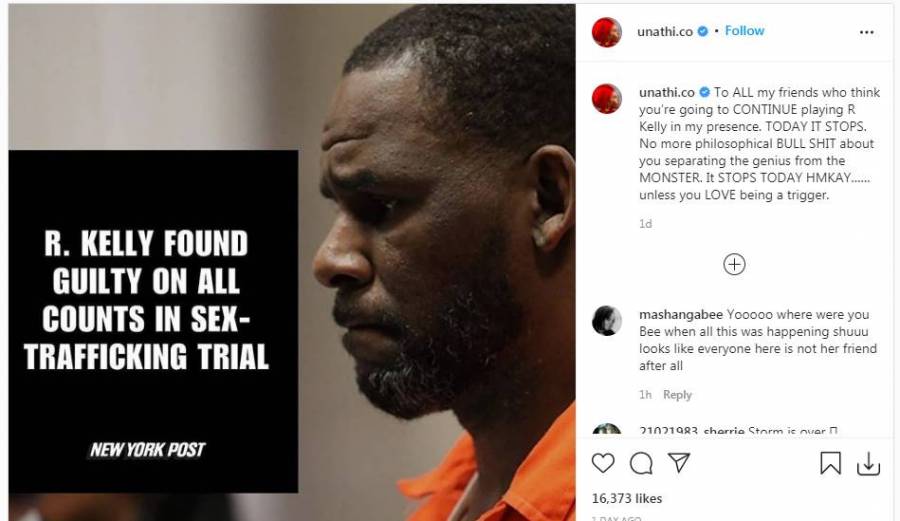 Until his fall from grace, R Kelly was one of the most loved and also one of the richest musicians in the world. Back then, his net worth was pegged at over $100 million.

Just recently, however, he was the subject of public mockery after a publication published his net worth. This time the figure stands at $2 million. This number provoked derision from a section of social media users, who’d apparently also heard he was selling his catalog to raise funds..

Unathi, one of the judges on the reality television show Idols SA, is famous for speaking her mind. So her verdict on the disgraced musician is nothing surprising.