It appears like Zola 7’s health challenges are not over yet and that he might be in serious need of financial aid.

Interestingly, South Africans are trying to rise to the occasion to endure that he’s taken care of amid the battle with epilepsy. The kwaito veteran had been diagnosed with the illness years ago.

At some point, while driving, he’d had an epilepsy attack, which made him lose control of the vehicle and hit a structure. He survived the accident but made it a point not to drive again.

Amid his current struggles and need for financial aid, South Africans are suggesting ways to raise funds for him. One fan of the kwaito ace had suggested that Big Zulu should hold a concert to raise funds for the songster and it would be a great success because of his (Big Zulu’s) great influence.

Even the notorious Chris Excel was kind and conciliatory speaking about Zola 7. He listed the kwaito musician’s achievements and support for others while he was at the peak of his career. 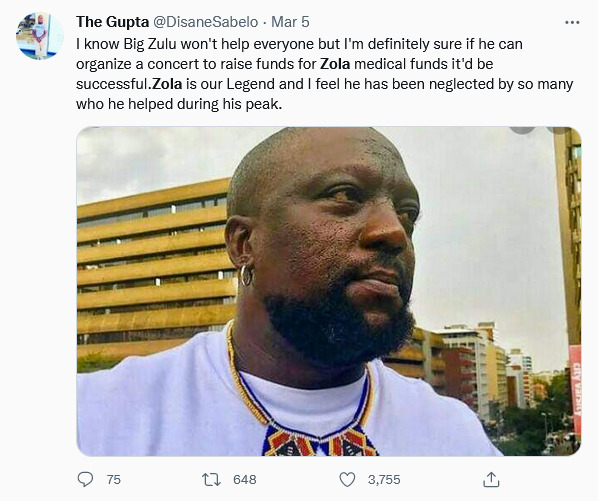 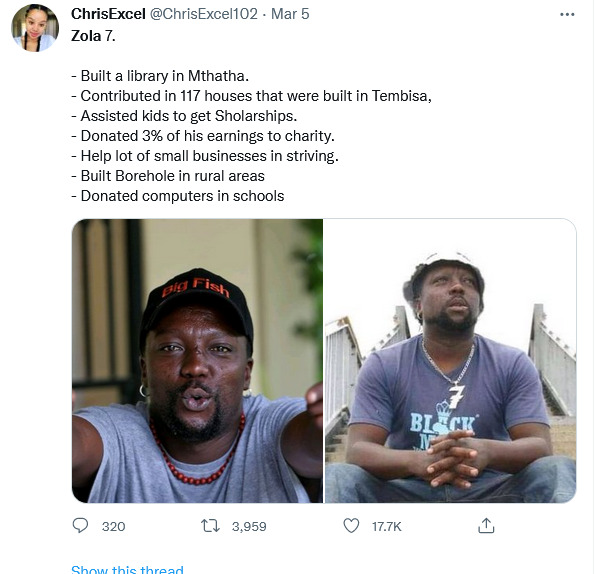 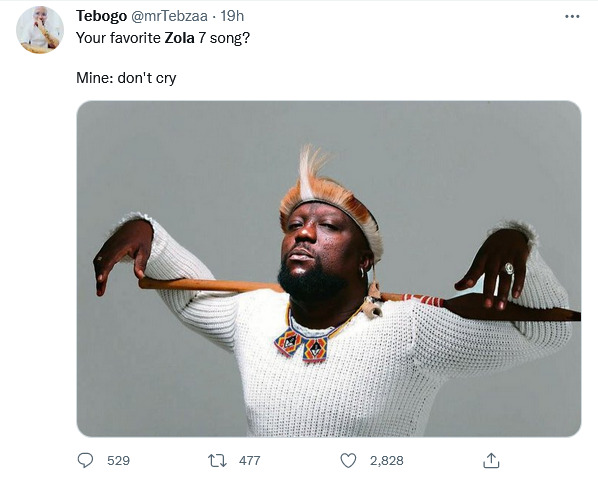 Interestingly, when culture critic Nota Baloyi suggested in a tweet that Zola 7 was facing financial challenges and unable to take care of his seven children, the kwaito musician dismissed the claim as “utter rubbish.” 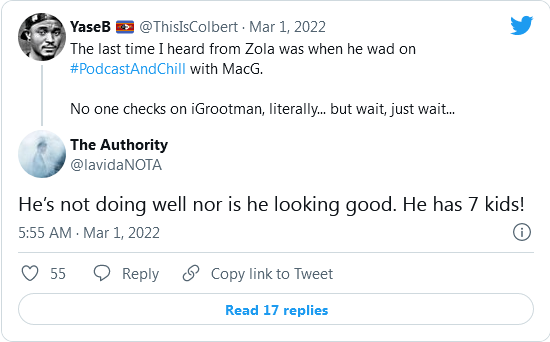 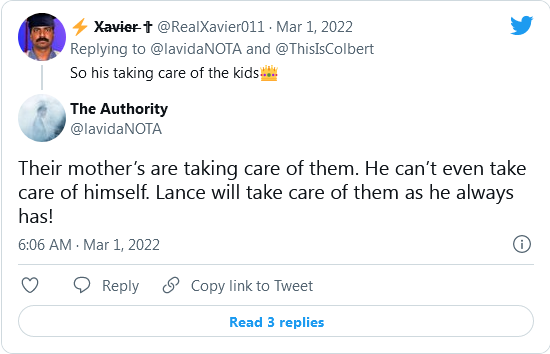 Tags
Zola 7
John Israel A Send an email 7 March 2022
Back to top button
Close
We use cookies on our website to give you the most relevant experience by remembering your preferences and repeat visits. By clicking “Accept All”, you consent to the use of ALL the cookies. However, you may visit "Cookie Settings" to provide a controlled consent.
Cookie SettingsAccept All
Manage Privacy