Mzansi media star and host, Uncle Vinny has reacted to being nominated for a Nickelodeon’s Kids Choice Award.

People are always watching all the work that our favourite celebs put in. Many times, they are nominated for awards and the fans are left proud of how far they’ve come. Mzansi media star, Uncle Vinny recently bagged a Nickelodeon’s Kids Choice Award Nomination for “Favourite African Kidfluencer”. 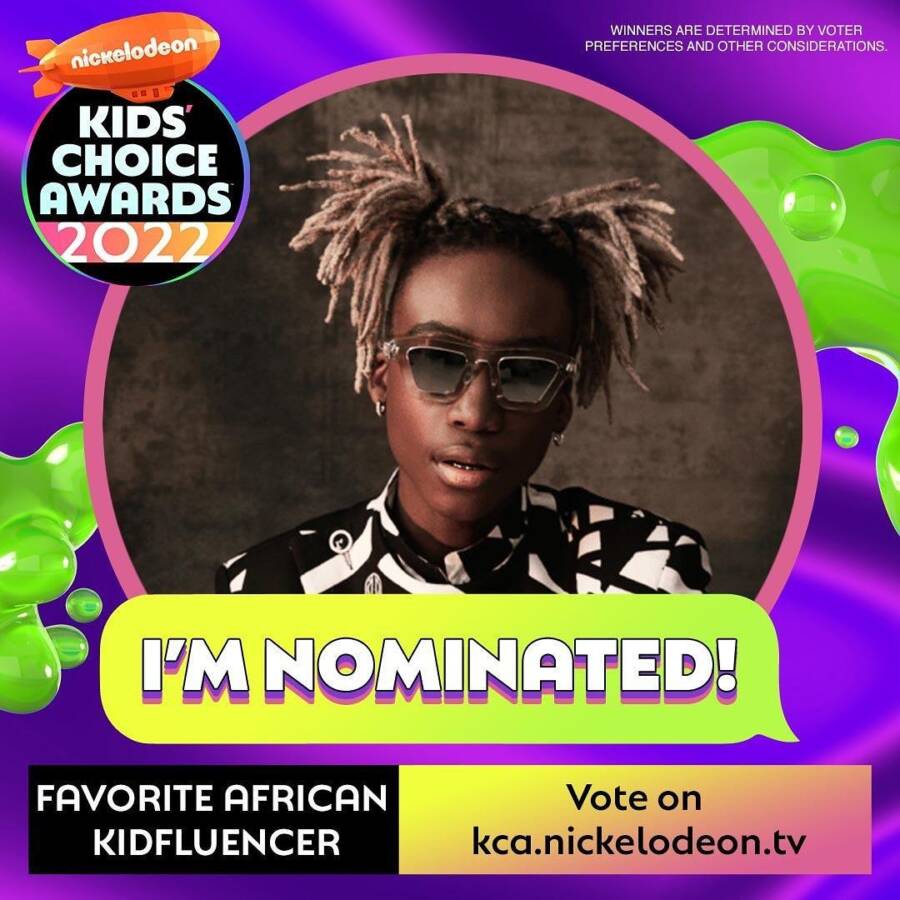 Of course, his fans have shared how proud they are of him. Taking to social media, Vinny shared that he also is proud of the nomination. He also urged his fans to vote and help him bring the award home.

It definitely would be amazing if he wins. Vinny has also been in the news many times recently following the unfortunate passing of SA Hip Hop star, Riky Rick. The late Mzansi star was like a father to him and he has promised to make him proud.

Tags
Uncle Vinny
John Jabulani Send an email 23 March 2022
Back to top button
Close
We use cookies on our website to give you the most relevant experience by remembering your preferences and repeat visits. By clicking “Accept All”, you consent to the use of ALL the cookies. However, you may visit "Cookie Settings" to provide a controlled consent.
Cookie SettingsAccept All
Manage Privacy