Afrobeats has dominated the globe and penetrated North America. Nigerian artists have since bagged collaborations with some of the world’s biggest stars, who are excited to work with them. The collaborations have produced hits like “Essence Remix,” “For My Hand,” “Peru,” and most recently, “Calm Down Remix.”

Usher has been doing the most this year, giving acclaimed performances on his “My Way” residency in Las Vegas. He recently got everyone talking when he was spotted in the studio with Afrobeats star Davido. Since photos and videos of the two in the studio hit social media, we all can’t stop talking about it.

We smell something cooking, and we are so excited. Davido and DaBaby previously dropped a collab which they filmed stunning visuals for. Hopefully, whatever the two worked on in the studio will drop soon because we honestly cannot wait.

Davido and Usher have one coming 👀🤞🏾😈🌎 pic.twitter.com/yiqVwVyaK2

You just know the music bangs so much at the part where Davido hit Usher 🔥❤️😅🤞🏾 pic.twitter.com/RqyIzkLjOk

Usher and Davido on stage…. Afrobeat to the world pic.twitter.com/lRbkP2ipsV 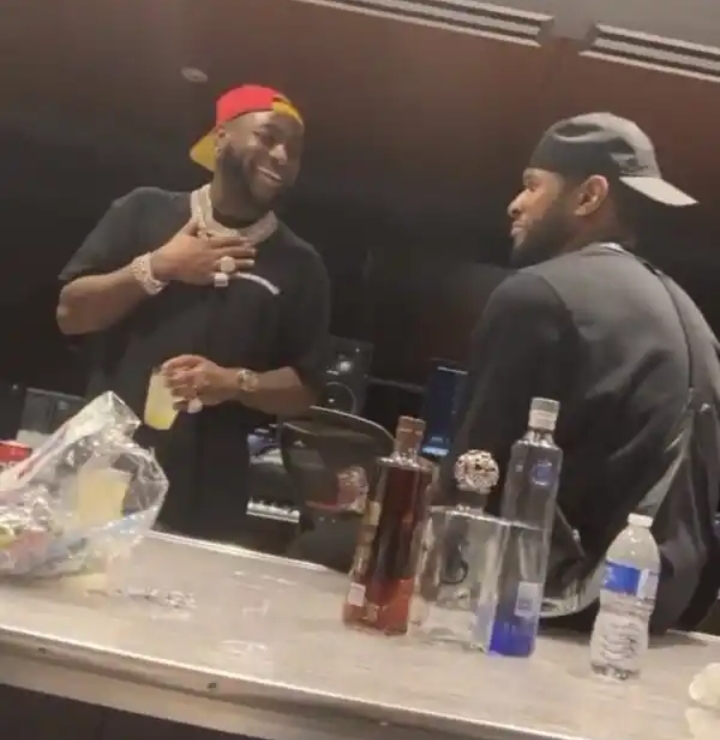 Tags
Davido Usher
John Jabulani Send an email 30 August 2022
Back to top button
Close
We use cookies on our website to give you the most relevant experience by remembering your preferences and repeat visits. By clicking “Accept All”, you consent to the use of ALL the cookies. However, you may visit "Cookie Settings" to provide a controlled consent.
Cookie SettingsAccept All
Manage Privacy