Popular “Uzalo” actress, Tee Xaba is officially off the market.

Popular actress, Tee Xaba best known for playing the role of “Sphilile” is officially off the market. Xaba recently took to her Instagram account to announce that her fiancé popped the question and she said “yes” to his request.

She shared some of the moments from her engagement and opened up about being grateful to God. She also shared that her new fiancé had restored her faith in love. She wrote that with his love, he healed the damage caused by growing up without a father figure in her life (which she didn’t know she had).

She also thanked him for not walking away from her even with all of her baggage, but rather, choosing to walk the journey with her. She further stressed that she believes in true love because of him, and thanked him for choosing her. Check out the full post below. 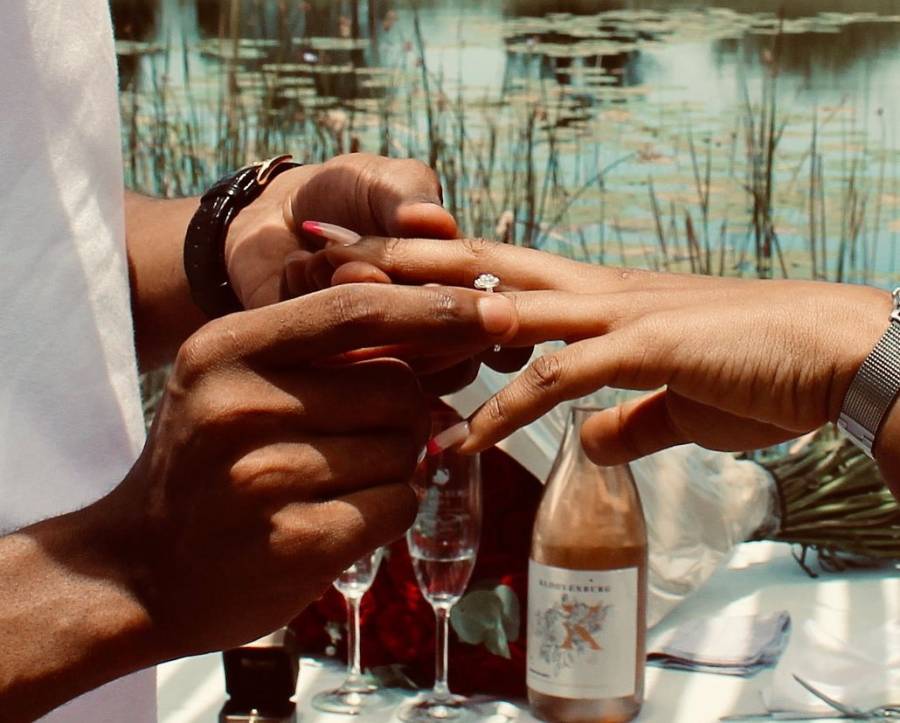 God I am truly grateful.

Growing up without a father figure my idea of what a man should be and stand for has always been distorted . You came into my life and I never knew how broken I was. I had daddy issues and didn’t even know. You didn’t walk away because of my baggage but instead you chose to walk the journey of healing with me as we still are.

Because of you I believe in true and unconditional love. Thank you for sticking by me mfto. God is truly faithful and will continue to be.

We have a long way to go, growing in love together but honestly I wouldn’t do it with anyone else.

Thank you for choosing me sthandwa sami.

Tags
Tee Xaba
John Jabulani Send an email 29 December 2021
Back to top button
Close
We use cookies on our website to give you the most relevant experience by remembering your preferences and repeat visits. By clicking “Accept All”, you consent to the use of ALL the cookies. However, you may visit "Cookie Settings" to provide a controlled consent.
Cookie SettingsAccept All
Manage Privacy