AKA and Nadia Nakai had Mzansi talking for much of the weekend after they allegedly fought at a club in Ghana where they had gone together.

Soon after their alleged fight, it soon emerged that they had had a good time at the club — danced and made merry. And then the fight had followed.

In the aftermath, AKA had unfollowed Nadia Nakai, and she had done the same. In a post to his Instagram stories, which fuelled the fire of his split with the “Yass Bitch” rapper, AKA had noted that he’d not let himself be disrespected by any woman ever again. 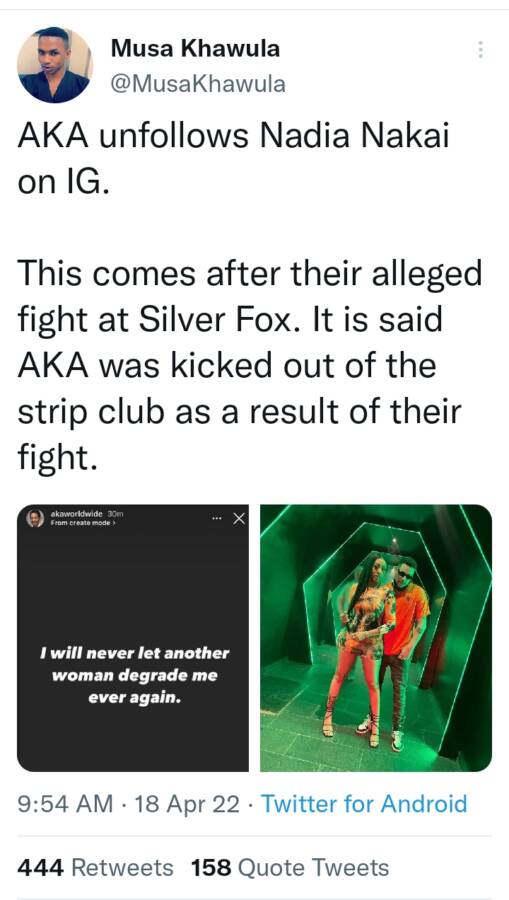 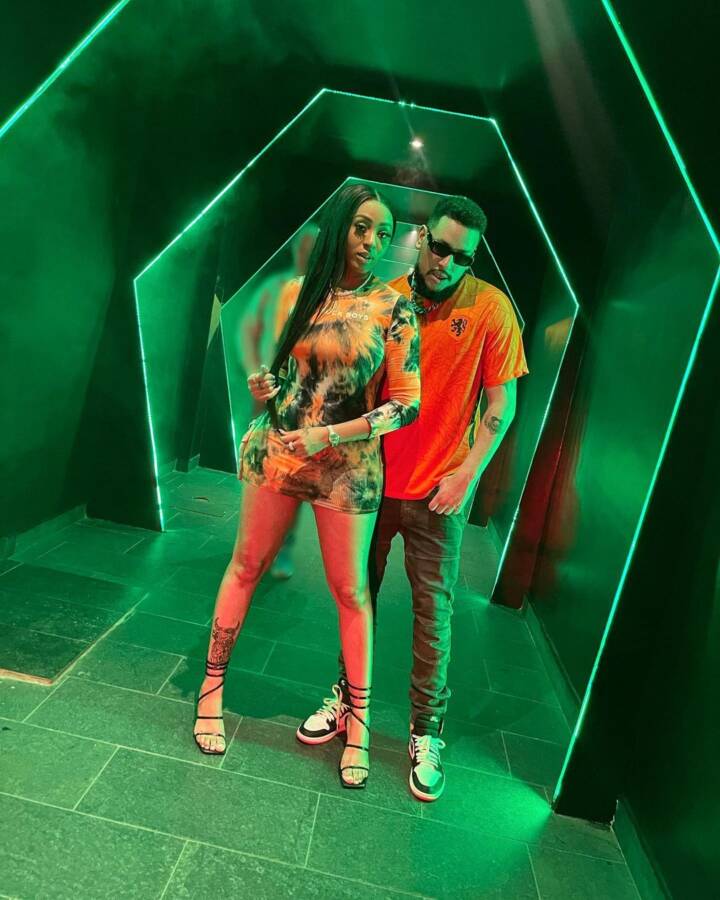 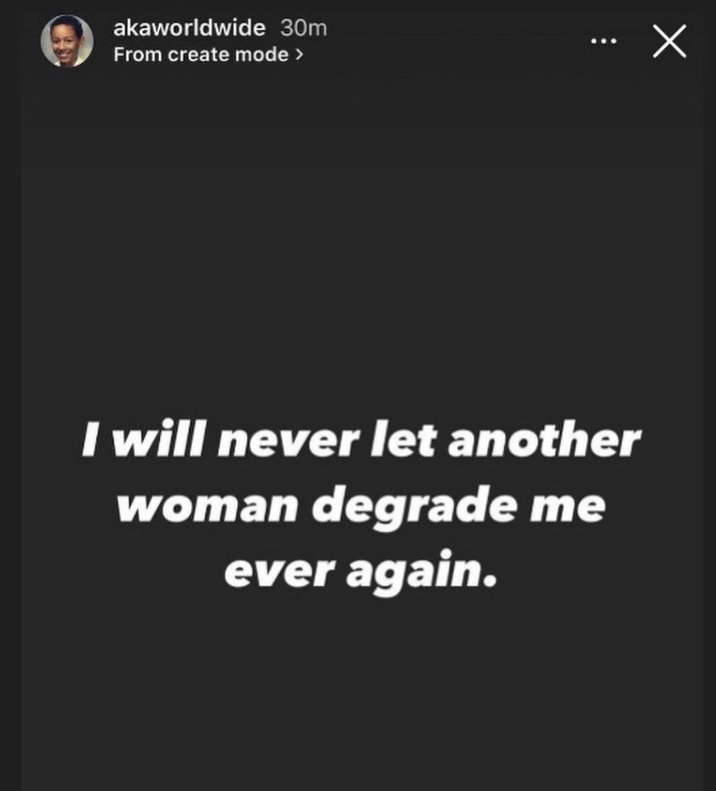 According to reports, AKA was thrown out of the club (Silver Fox) after his altercation with Nadia Nakai. However, he’s neither confirmed nor denied the incident. His last post indicated he’s back in South Africa and gearing for new gigs.

In related news, AKA and Nadia Nakai have since followed each other again.

The recent drama between the couple had fans joking that it was good that AKA merely unfollowed her and didn’t push her off a skyscraper — a ghastly reference to the suicide last April of AKA’s immediate past girlfriend, Nelli Tembe.

AKA is known to buy designers for his girlfriends after a fight. Will he do the same with Nadia?

Tags
AKA Nadia Nakai
John Israel A19 April 2022
Back to top button
Close
We use cookies on our website to give you the most relevant experience by remembering your preferences and repeat visits. By clicking “Accept All”, you consent to the use of ALL the cookies. However, you may visit "Cookie Settings" to provide a controlled consent.
Cookie SettingsAccept All
Manage Privacy