With Rihanna, it appears like the drama never ends. Well, another drama played out during the Dior show at the Paris Fashion Week on Tuesday when she arrived late for the event.

The songstress had made a grand entrance surrounded by aides as well as photographers when the fan called her out. She ambled majestically into the event, cradling her growing baby bump. She only turned briefly to respond to the fan who was annoyed at her late arrival.

Rihanna is heavily pregnant with A$AP Rocky’s baby. At the time people magazine revealed she was pregnant, she trended instantly. Some of her fans were unimpressed, though, as they thought she should have announced the pregnancy first. 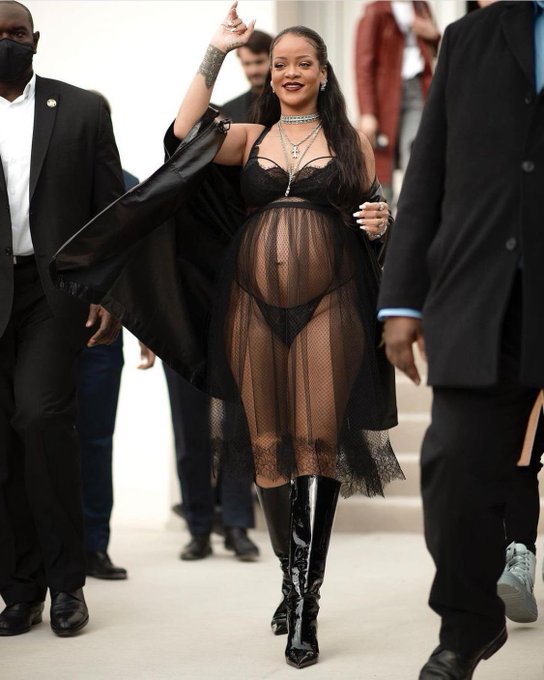 Only after the People post and some complaints did she share her pregnancy pictures on Instagram. The “We Found Love” singer recently revealed that she’s “really into pushing the idea of sexy” as a mother-to-be.

True to her words, she turned up in a sexy outfit for the Dior show at the Paris Fashion Week. And oh, fans are so looking forward to when she’ll give birth.

Tags
Barbados Rihanna USA
John Israel A Send an email 4 March 2022
Back to top button
Close
We use cookies on our website to give you the most relevant experience by remembering your preferences and repeat visits. By clicking “Accept All”, you consent to the use of ALL the cookies. However, you may visit "Cookie Settings" to provide a controlled consent.
Cookie SettingsAccept All
Manage Privacy