This week, viewers of the South African soapie The Wife appeared to focus on Dudu and Naledi. How well was Dudu’s script interpreted?

Some viewers aren’t impressed with how Stainless treated Dudu, and yet some think all her hard work was in vain.

Some viewers are not impressed with the Naledi character because they think Naledi doesn’t have the features of a plus-size female which the script was trying to project – bring women body politics into the picture.

But then, anyone who has been following the series will not be surprised by the ongoing disagreement over the current script. Some would rather take to blaming the scriptwriters in this case.

From the outset where the series premiered, viewers were chuffed with it all, considering it a love story. But along the line, questions have started flying about on whether the scriptwriters have turned it into a crime series.

The argument over the possible switch in storyline got so heateed that one of the key actors in the series, Khanyi Mbau, had to intervene with a Twitter thread, letting viewers know she shared their chagrin. But what’s changed? See the screenshots below. 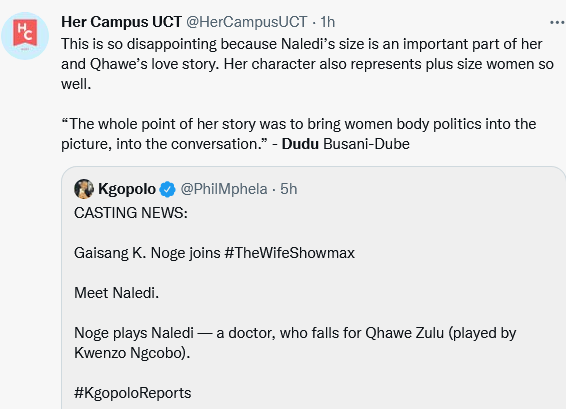 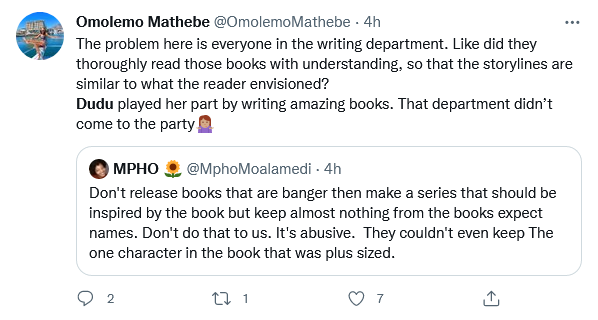 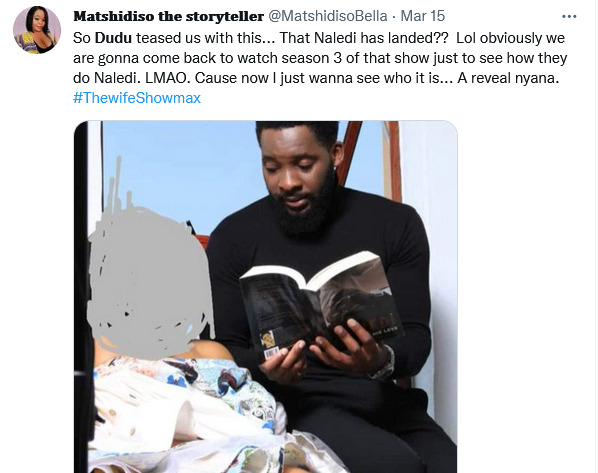 It remains to be seen what the reception will be with new episodes.

Tags
Dudu Naledi The Wife
John Israel A Send an email 16 March 2022
Back to top button
Close
We use cookies on our website to give you the most relevant experience by remembering your preferences and repeat visits. By clicking “Accept All”, you consent to the use of ALL the cookies. However, you may visit "Cookie Settings" to provide a controlled consent.
Cookie SettingsAccept All
Manage Privacy