The kitchen battle continues in the #MasterChefSA reality show with several contestants, but Onti appears to be the star of the show for most.

To some viewers, she’s not just a fantastic cook but a leader in the #MasterChefSA cooking challenge.

Now imagine if she should leave the show even as a favourite. Well, that’s what happened, and some viewers are having a hard time processing that reality. They wanted her to stick it out to the end and win.

But it appears like fate has other ideas. So she’s out.

Some fans have a few words of encouragement for those who feel unhappy about the judgment that tossed Onti out of the race for the top position in the reality show. It might be the end for her on the #MasterChefSA circuit; however, it is not the end of her life or her cooking adventures.

By the way, Master Chef SA is a reality television show that did not originate from South Africa but has a South African version and a loyal following.

This was an emotional challenge Onti. Even the cake was in tiers. 😝 #MasterChefSA pic.twitter.com/yXpngIwT97 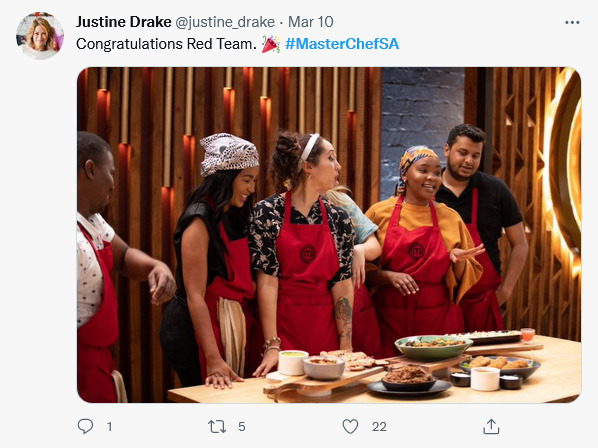 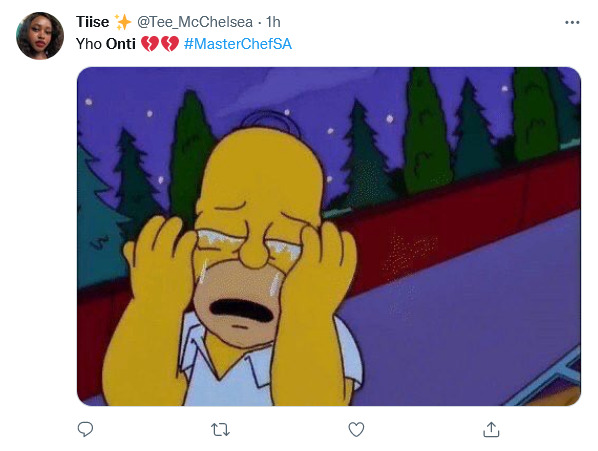 It remains to be seen who next will be judged out in the reality show. It’s a devloping story, so you might want to follow our social media channels and stay tuned for updates.

Tags
#MasterChefSA Onti
John Israel A Send an email 18 March 2022
Back to top button
Close
We use cookies on our website to give you the most relevant experience by remembering your preferences and repeat visits. By clicking “Accept All”, you consent to the use of ALL the cookies. However, you may visit "Cookie Settings" to provide a controlled consent.
Cookie SettingsAccept All
Manage Privacy