Love is Blind Hosts Nick and Vanessa Lachey had a hard time keeping Shake in control during the reunion. The hosts thought Shake berated every woman and they called him out for it.

Shake had admitted that he was attracted to Vanessa. But Vanessa wasn’t buying the attraction claim. As far as she’s concerned, Shake had popped into the show looking to get laid.

Iyanna thought Shake was a narcissist who would need to see a psychologist to spruce up his coping skills.

Interestingly, some viewers of the reunion share the same view. Some thought he was just plain disgusting and should never have said anything during the reunion. But as some of his supporters said, there’s freedom of speech and he’s entitled to speak his mind so long as he’s not breaking the law.

While Shake ended up receiving critical missiles, Deepti was safe. She was warned against Shake and she ended up avoiding the drama Shake brought while also criticizing his behavior at the reunion.

Vanessa: Shake, you came here just to find someone to fuck not love.

Iyanna: You should see a psychologist for coping skills to navigate relationships as a narcissist.

Deepti: Everyone here has an issue with YOU. Says a lot about your character. #LoveIsBlind #LoveIsBlindReunion pic.twitter.com/8XRtK1tte0

Watching #LoveIsBlind reunion and omg I have a lot more respect for Vanessa Lachey right now after verbally taking out and berating Shake and his disgusting opinion on women. All the ladies and some of the guys have a lot more of my respect. pic.twitter.com/kUmmLj5nZl 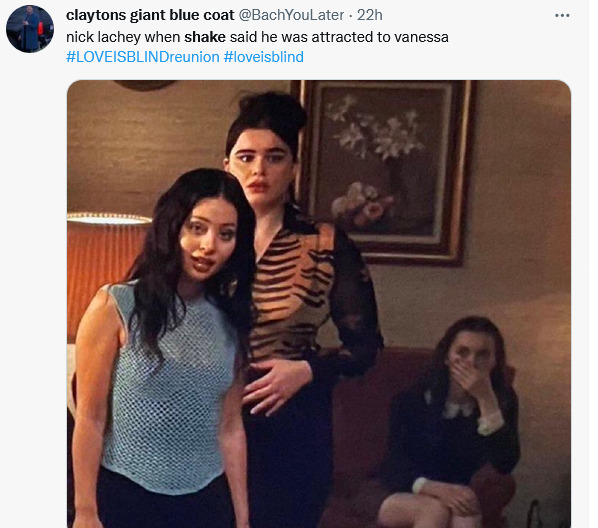 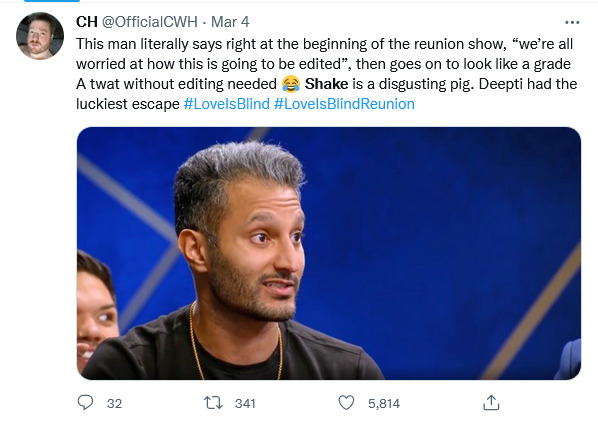 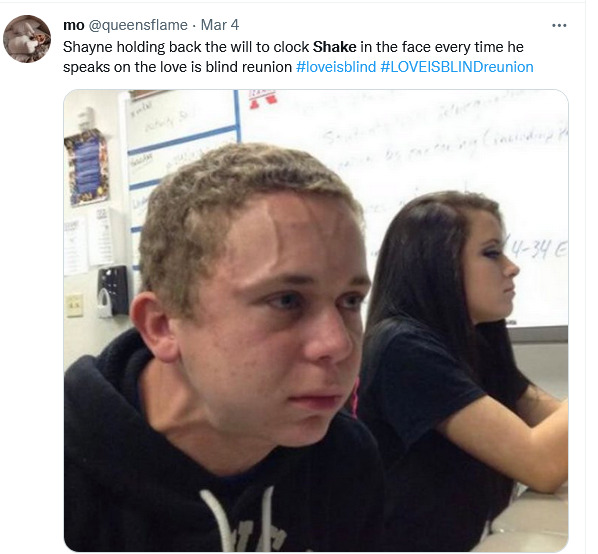 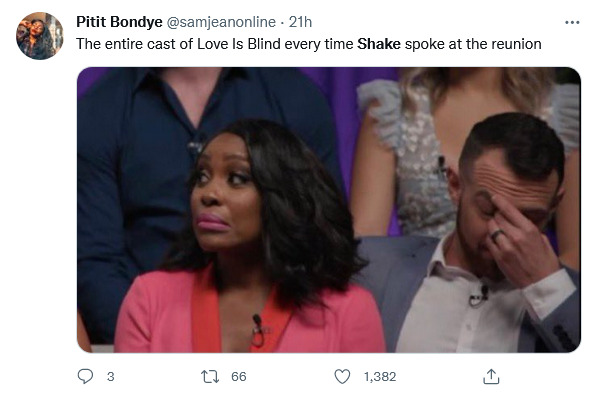 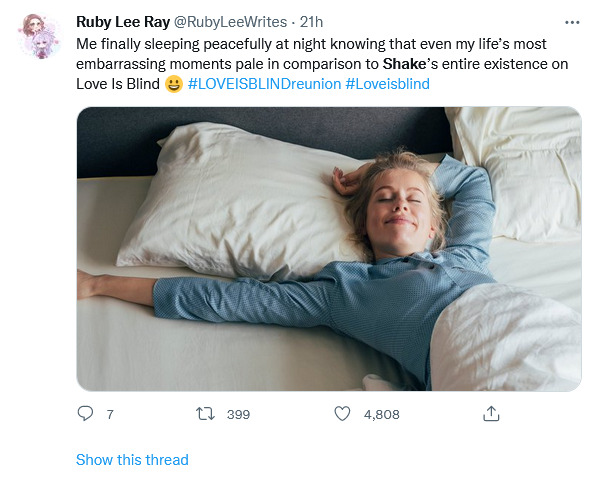 Tags
Deepti Love is Blind Shake
John Israel A Send an email 5 March 2022
Back to top button
Close
We use cookies on our website to give you the most relevant experience by remembering your preferences and repeat visits. By clicking “Accept All”, you consent to the use of ALL the cookies. However, you may visit "Cookie Settings" to provide a controlled consent.
Cookie SettingsAccept All
Manage Privacy