Mzansi muso Focalistic is gearing to release a remix of his song “Ke Star.” The original track had amapiano champ Vigro Deep as producer and feature. The remix has only Davido as guest.

Having featured in the original track, Vigro Deep is of the opinion this should have been recognized in the remix which is imminent (but with cover art already out) . You know, “Focalistic & Vigro Deep – Ke Star (Remix) Ft. Davido.” 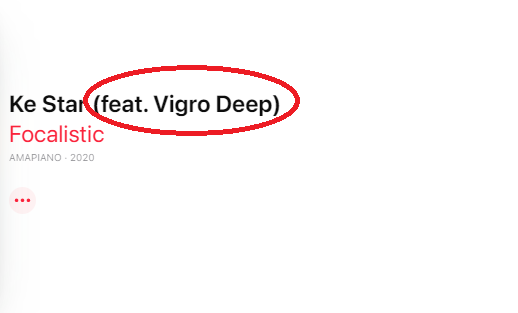 The cover art for the upcoming remix shows Vigro Deep’s role as that of a producer only. But the star thinks he should have been recognized in a much higher capacity as well, having worked on the first track. Vigro Deep shared his displeasure over what Focalistic did, saying he didn’t expect someone would undermine his brand this way. It’s cool, though, he concludes with a laughing emoji. You can check out his post below. 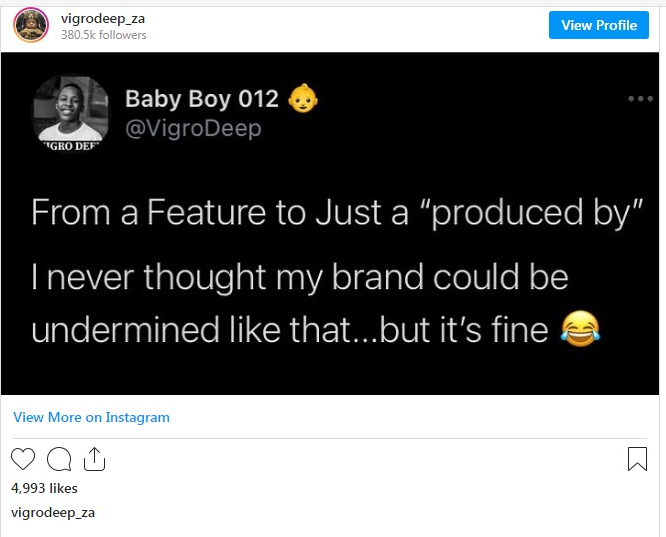 The remix featuring Davido is not surprising in that when Focalistic visited Nigeria, he had been found bonding with the DMW boss.

Well, what do you think of Vigro Deep’s response to not being recognized in a higher capacity in the imminent remix of “Ke Star”? You may share your thoughts in the comment section below.

Tags
Focalistic Vigro Deep
John Israel A Send an email 17 February 2021
Back to top button
Close
We use cookies on our website to give you the most relevant experience by remembering your preferences and repeat visits. By clicking “Accept All”, you consent to the use of ALL the cookies. However, you may visit "Cookie Settings" to provide a controlled consent.
Cookie SettingsAccept All
Manage Privacy