British songstress Adele has gone viral after what social media users consider to be her “perfect” response to cameras pointed in her face.

The scene was court-side at an NBA All-Star game in Cleveland, Ohio. The singer was sitting with her sports agent boyfriend Rich Paul and fellow musician Mary J. Blige.

Cameras were pointed in her direction, but the “Easy on Me” actress ignored the cameras, invariably making it clear it was her off day and she doesn’t want to be disturbed. 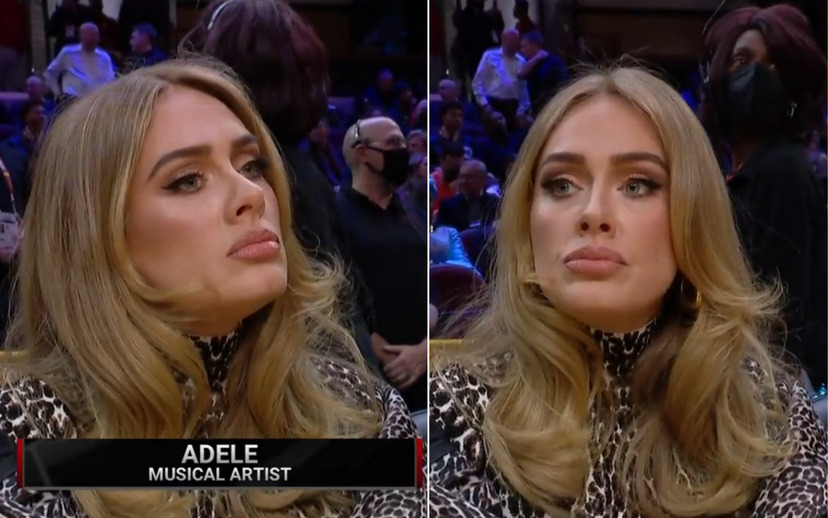 The footage of Adele’s enforced avoidance of the cameras provoked a meme overdrive on Twitter and other social media platforms, with some fans commending her for her action. You can check out the clip below.

Adele really said “put all the cameras you want in my face, it’s my day off!!” pic.twitter.com/oXG3znWyi9

another episode of adele being a living meme pic.twitter.com/53KSImouGI

In another footage of the celebrated songstress at the game, Mary J. Blige,  Rich Paul and  NBA player Allen Iverson could be seen standing and chatting, but Adele remained seated, unconcerned, eating her donuts.

It’s been a hectic run promoting her latest album, “30,” according to some of Adele’s fans, and she determined to just chill out and not be stressed with anything she didn’t voluntarily get into.

By the way, not long ago, the songstress had charmed many when she spontaneously pole-danced at a G-A-Y event in London.

Tags
Adele UK
John Israel A Send an email 22 February 2022
Back to top button
Close
We use cookies on our website to give you the most relevant experience by remembering your preferences and repeat visits. By clicking “Accept All”, you consent to the use of ALL the cookies. However, you may visit "Cookie Settings" to provide a controlled consent.
Cookie SettingsAccept All
Manage Privacy