South African actor Israel Mtseke Zulu recently had an amputation. And fans have been wondering what his amputated leg looks like. Not surprisingly, when a photo of the amputated leg popped online, it went viral.

The celebrated actor had a  long battle with gangrene and part of his leg had to be amputated to prevent the rot from spreading. Prior to the amputation, the issue had affected his acting but he managed to continue with his acting roles until he couldn’t anymore.

The amputation was announced and it was soon revealed that he was recovering at home. He had apparently recovered well enough to make it to the burial of his colleague Patrick Shai.

Shai had committed suicide last month. At the burial, a photograph of his was taken and it showed him standing next to a guest whose face was hidden with a call-out symbol. 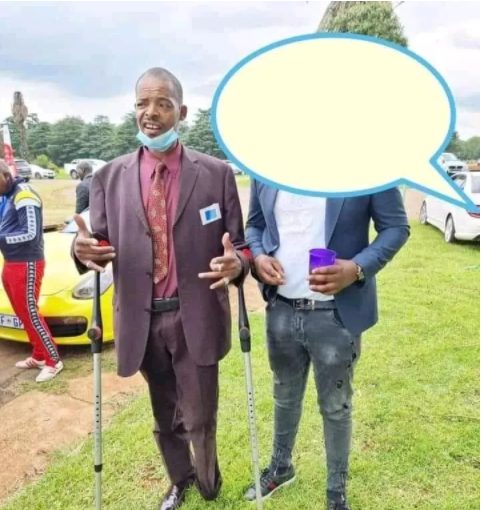 It’s been a long and turbulent journey for the South African actor. The reactiosn to the photo of his amputated leg show that fans are hopeful for his recovery, as well as his return to the world of acting.

Israel Matseke Zulu has refused speaking to the media about his amputation. Will his viral pic make him have change of heart.

Tags
Israel Zulu
John Israel A Send an email 3 February 2022
Back to top button
Close
We use cookies on our website to give you the most relevant experience by remembering your preferences and repeat visits. By clicking “Accept All”, you consent to the use of ALL the cookies. However, you may visit "Cookie Settings" to provide a controlled consent.
Cookie SettingsAccept All
Manage Privacy