Waka FlockaFlamehas just received an honorary doctorate degree in charity and humanitarianism. He received the degree in his hometown of New York, with friends and family on the ground to celebrate with him.

Following the death by suicide of his brother KayO in 2013, Waka Flocka Flame stated that he was dedicating his life to suicide prevention advocacy and mental health. And he has been doing just that. Then came the reward for his efforts.

On his Instagram stories, following his honorary doctorate award, the songster shared considerate messages from friends, family, and colleagues.

Below are some pictures of him on the occasion he was given an honorary doctorate in degree in charity and humanitarianism. 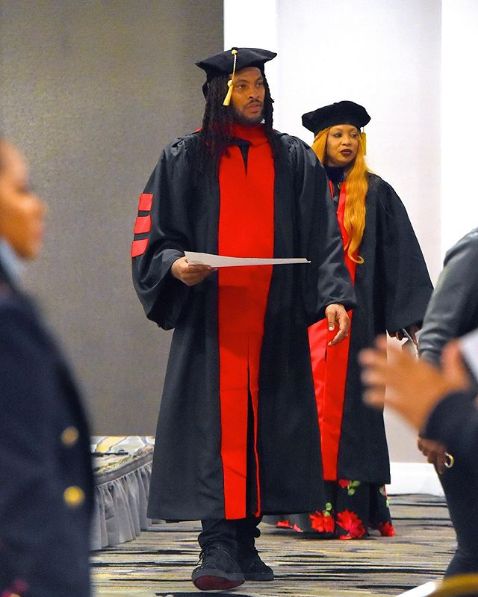 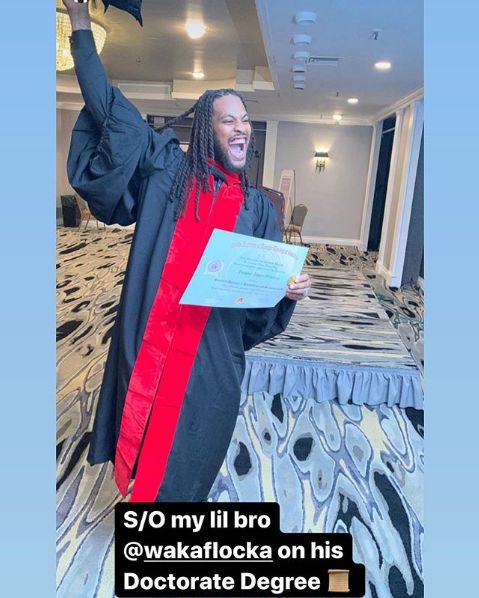