In pidgin English, the phrase “waka waka* is used to describe a person who rarely stays in one place. But it’s doubtful Colombian singer Shakira had that in mind when she penned the song.

Although there is no world cup going on at the moment – only a world cup draw – many football lovers are jamming to that Shakira number and looking forward to the next global sporting event.

You can check out some of the reactions to ” Waka Waka” by Shakira below. 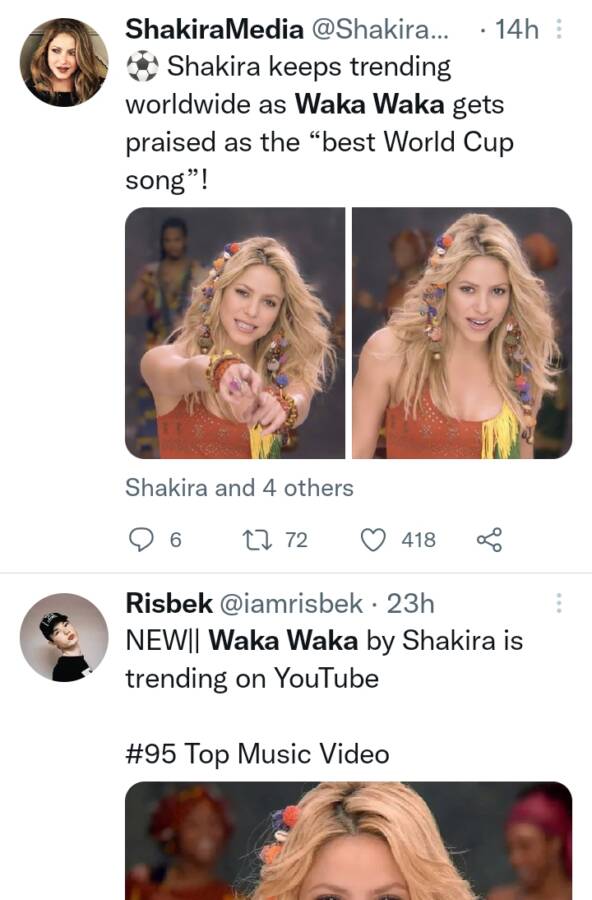 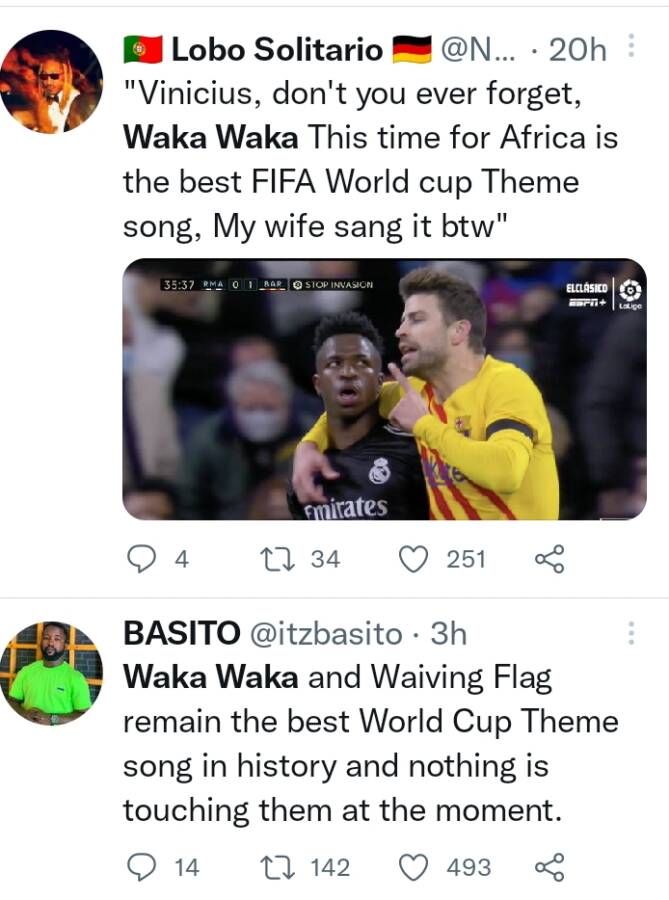 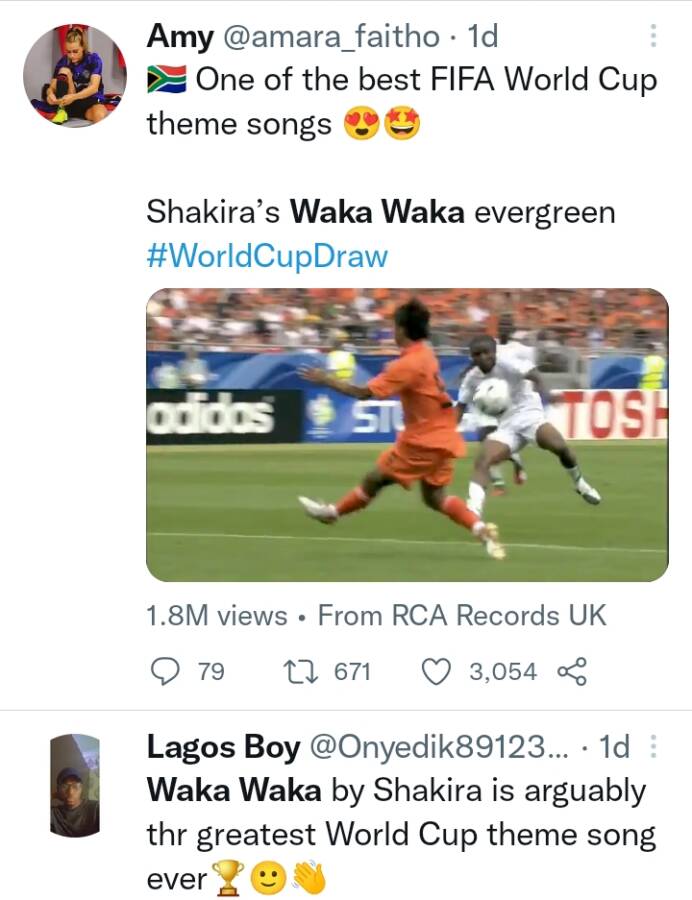 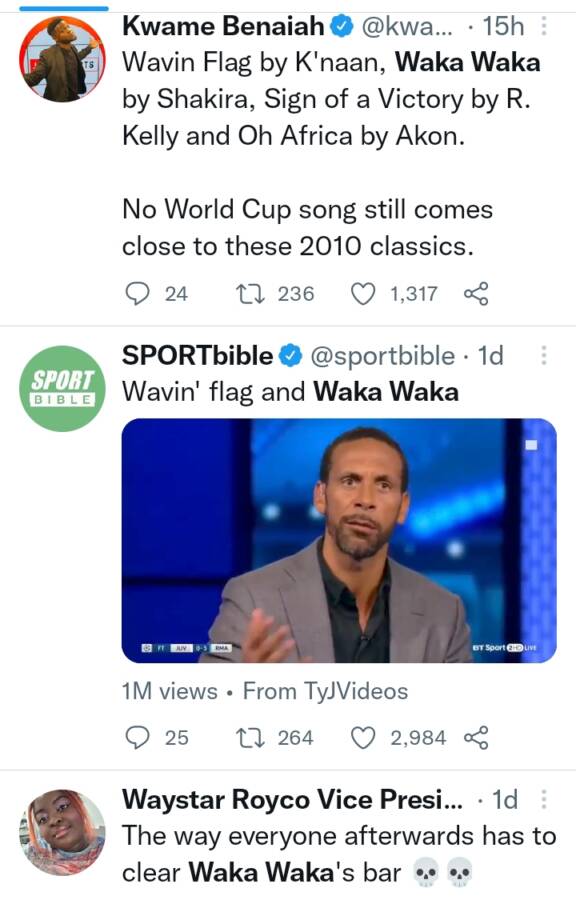 Easily one of Colombia’s best-known musicians, Shakira is also one of the most loved in the game. With multiple songs to her name, she had fiercely announced herself as one of the musicians to take seriously.

One can’t begrudge her the title of her song. After all, it’s “Waka Waka” that footballers do on the pitch.

Tags
Colombia Shakira
John Israel A Send an email 2 April 2022
Back to top button
Close
We use cookies on our website to give you the most relevant experience by remembering your preferences and repeat visits. By clicking “Accept All”, you consent to the use of ALL the cookies. However, you may visit "Cookie Settings" to provide a controlled consent.
Cookie SettingsAccept All
Manage Privacy