It’s been a long journey for Khutso Teledi at YFM. Finally, after a decade at the media house, the radio personality takes a bow.

It’s an emotional moment saying goodbye to an establishment she had spent ten years with and has come to love so much. But, what may be an end might also be a new beginning, she had noted at the end of her tweet announcing her YFM exit. 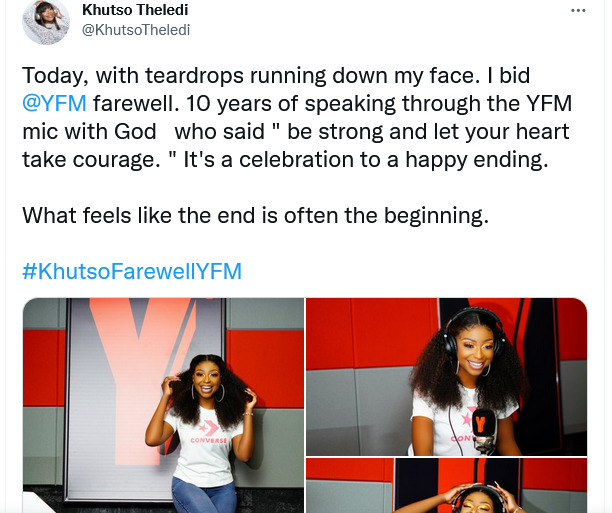 It turned out true because she apparently had plans going forward. After her exit, she’d gotten another presenting gig with Metro FM. She’ll now be presenting “Wake Up On Metro FM” alongside Lindi Sirame.

She’s incredibly excited about her new role. For one, it allows her to reunite with her associate DJ Mo Flava. The two of them had worked together previously and revelled in each other’s company. 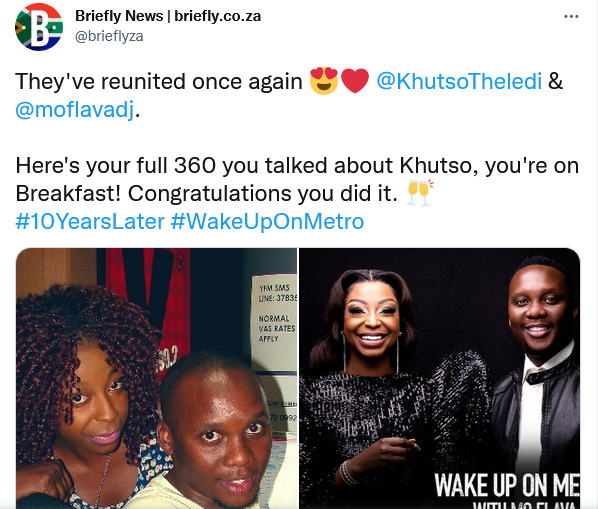 In fact, following her move to Metro FM, she and MoFlava had shared a goofy moment which they captured on Camera

her fans are just as excited about her move to Metro FM because they have been showering her with congratulations ever since.

So if you’re a fan of Khutso, you may want to join her and “Wake Up on Metro FM.”

Tags
Khutso Theledi
John Israel A Send an email 1 April 2022
Back to top button
Close
We use cookies on our website to give you the most relevant experience by remembering your preferences and repeat visits. By clicking “Accept All”, you consent to the use of ALL the cookies. However, you may visit "Cookie Settings" to provide a controlled consent.
Cookie SettingsAccept All
Manage Privacy