Some Mzansi musos are in mourning right now, having lost one of their own, Wandi Nzimande aka DJ1D, a popular DJ and one of the founders of Loxion Kulca, a lifestyle brand.

Wandi Nzimande aka DJ1D was a resident DJ at Kaya FM for about a decade until his death. The radio station confirmed his death recently, sending shock waves across South Africa’s music orbit.

It has been a storm of condolences and reminiscences following the announcement of his death. Key figures in South Africa’s music orbit have been paying tribute to the musician, who was much loved before his death – and still loved in death.

In an Instagram post, notable lyricist Stogie T had stated that Wandi Nzimande’s death was a real loss because the songster was a great human being and actually left a legacy. Ultimately, he bid his friend rest in peace. 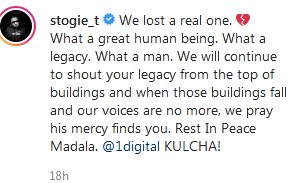 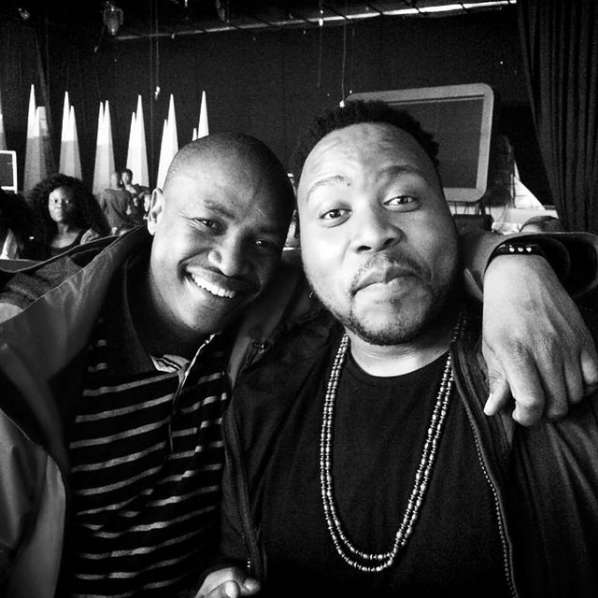 In his condolence note, AKA described Wandi Nzimande as a true pioneer and thanked him for all he did with his Kulca brand. 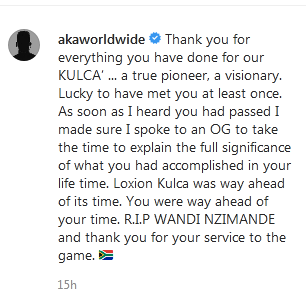 Others who have shared their condolences include DJ Fresh and DJ Dimplez, who called the deceased a king ad thanked him for all he did.

Got some kind words to share with Wandi Nzimande aka DJ1D’s family? You’re welcome to drop them in the comment section below.

Tags
Wandi Nzimande
John Israel A Send an email 14 January 2021
Back to top button
Close
We use cookies on our website to give you the most relevant experience by remembering your preferences and repeat visits. By clicking “Accept All”, you consent to the use of ALL the cookies. However, you may visit "Cookie Settings" to provide a controlled consent.
Cookie SettingsAccept All
Manage Privacy