Tupac Amaru Shakur might be dead, but his memory lives. Somehow, many years after his death, the songster lives on in the consciousness of music lovers around the world.

The ongoing conflict in Europe, spawned by Russia’s invasion of Ukraine, had altered Ukraine and Russia as we know it. The catastrophe is mounting and families are grieving.

It turns out Tupac has got some lyricist on war and warmongers. The songster, alive, had been perplexed with countries having money to wage wars but claiming to have nothing to feed the poor (at a time of peace)?

South African rapper Riky Rick, who recently committed suicide after a prolonged battle with depression, has also reportedly been the reason for the Tupac trend. While the “Boss Zonke” crooner’s epaulets do not compare favorably to Tupac’s, he’s yet a sterling voice that the Rainbow Nation respects and adores. You can check out some of the responses so far below.

I see no changes, all I see is racist faces
Misplaced hate makes disgrace to races
We under, I wonder what it takes to make this
One better place, let's erase the wasted
Take the evil out the people, they'll be actin' right#BlackLivesMatter #RacistEU #Tupac pic.twitter.com/nwOJAUmOOi

We thought this would be appropriate for today. Through these difficult times always remember 2Pac cares if don't nobody else care. #Tupac #TupacShakur pic.twitter.com/n6kPeD44Bm

Let's shock the people! 2Pac bringing out the legendary @kiss to present Best Pop Performance by a Duo or Group with Vocal at the 38th Annual @TheSSSAcademy Awards at the @ShrineLA in Los Angeles, California on February 28, 1996. #Tupac #TupacShakur #KISS pic.twitter.com/E0Vko21LEZ 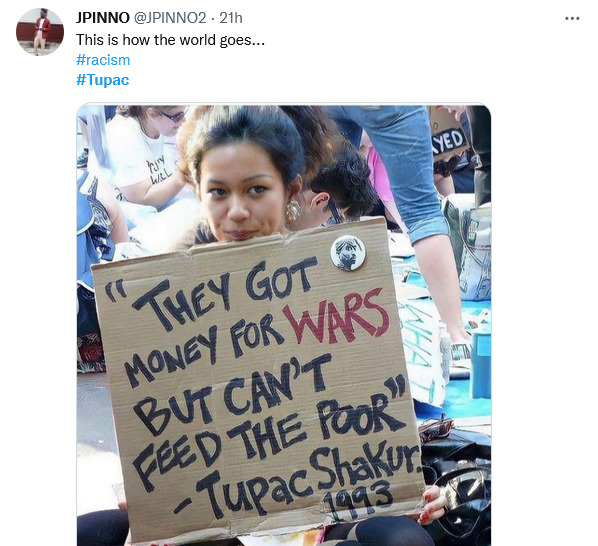 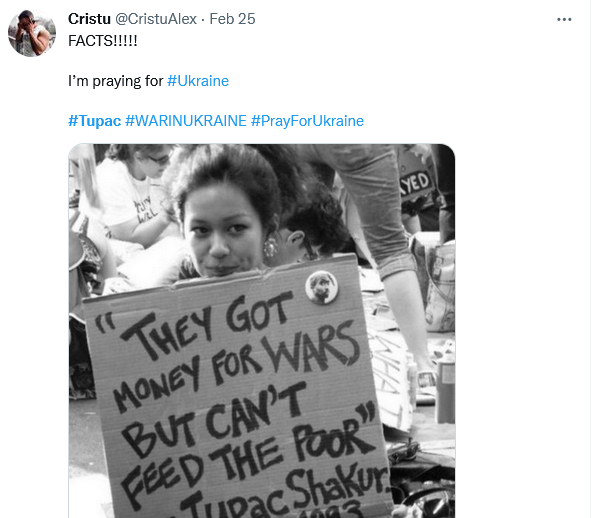 if there’sa one thing that’s latent in the Tupac trend right now, it’s that legacy matters, and what impact one makes while alive will determine if one conyinues to live in the consciousness of the world even after death – or totally disappears ike a dust in the wind.

Tags
Riky Rick Tupac
John Israel A Send an email 1 March 2022
Back to top button
Close
We use cookies on our website to give you the most relevant experience by remembering your preferences and repeat visits. By clicking “Accept All”, you consent to the use of ALL the cookies. However, you may visit "Cookie Settings" to provide a controlled consent.
Cookie SettingsAccept All
Manage Privacy