Twitter users accuse Black Coffee of trying to sneak Euphonik into his party.

We all know that Mzansi House DJs, Black Coffee and Euphonik have been friends for many years now. The latter is currently undergoing sexual assault investigations where a lady alleged that he and DJ Fresh raped her many years back.

After turning 45, Black Coffee shared the lineup of DJs to perform at his annual “Deep In The City” party set to take place on Sunday. The list includes Euphonik who is referred to as Themba. This prompted Twitter users to accuse the “Subconsciously” hit maker of trying to sneak him into the party. 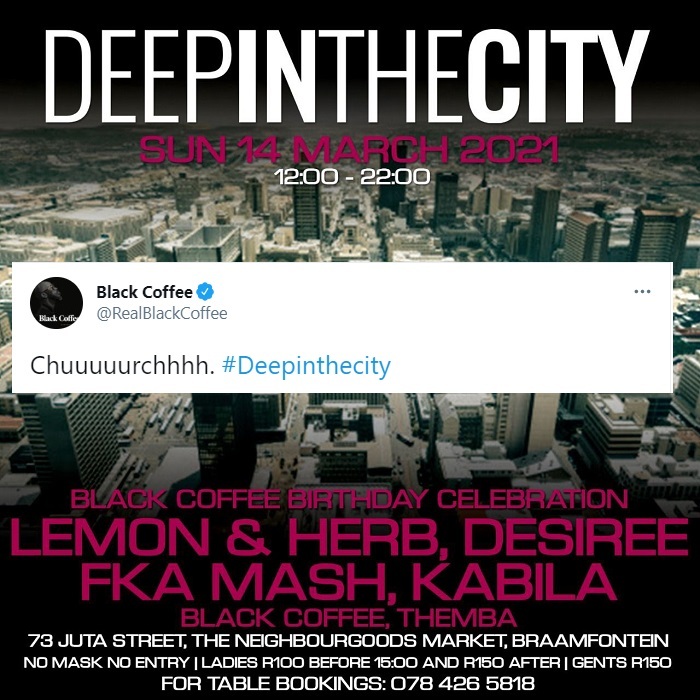 Tags
Black Coffee Euphonik Themba
John Jabulani Send an email 12 March 2021
Back to top button
Close
We use cookies on our website to give you the most relevant experience by remembering your preferences and repeat visits. By clicking “Accept All”, you consent to the use of ALL the cookies. However, you may visit "Cookie Settings" to provide a controlled consent.
Cookie SettingsAccept All
Manage Privacy