AKA of the “underrated work” may be busy on the music circuit, but he also has other plans going forward. #TheBraaiShow is one of them.

The show, which will be hosted by the hip-hop star himself, is a session for conversation with industry friends in the singer’s home.

The rapper’s fans were avid with jubilation when the show was announced, although at the time there was no details. Well, the details are here now, and it appears fans are comfortable with them.

The show will premiere on AKA TV only, according to the rapper. Fans can watch the show on the singer’s app of the same name. 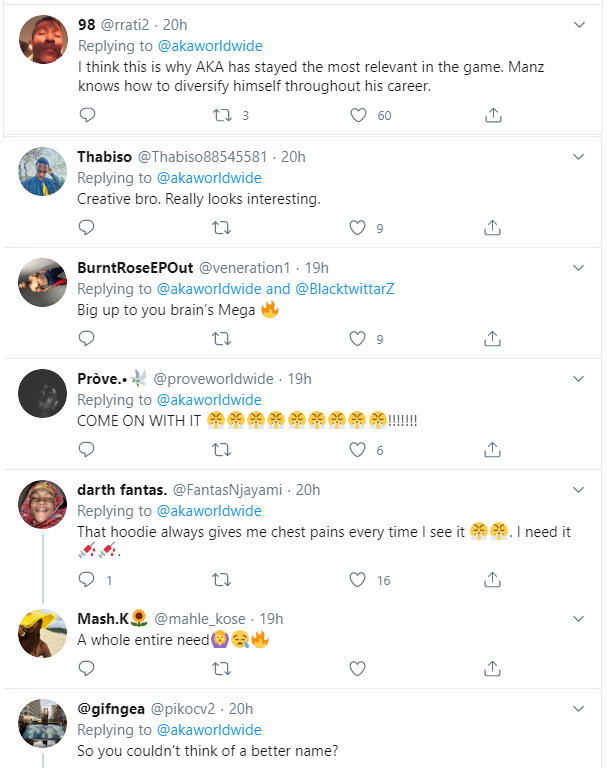 The show premieres on June 10, exactly 2 days from now, with Fikile Mbalula as the first guest.

Fikile Mbalula is a South African politician and the current miniter of transport in the country. He was formerly a minister of sports and recreation.

The choice of the politician surprised some fans, who had thought a fellow musician, Moozlie, will be the first guest on the show.

Anyway, the show is just two days ago and anticipation is high. Let’s see how the SupaMega handles the first guest.

Tags
AKA Minister Fikile Mbalula
John Israel A8 June 2020
Back to top button
Close
We use cookies on our website to give you the most relevant experience by remembering your preferences and repeat visits. By clicking “Accept All”, you consent to the use of ALL the cookies. However, you may visit "Cookie Settings" to provide a controlled consent.
Cookie SettingsAccept All
Manage Privacy