Jub Jub gets chased by angry Taxi drivers while filming an episode of Uyajola 9/9.

Although a lot of us have come to love Jub Jub’s show “Uyajola 9/9”, many obviously aren’t big fans of it. The popular rapper has made a career of exposing several cheaters in Mzansi, but not everyone seems to be fans of that.

The rapper recently confronted a cheater at a taxi rank near Ellis Park Stadium, Johannesburg and got more than what he expected. He really didn’t see what came next because he ended up provoking several taxi drivers who cursed him and his team and warned them to stay off.

Jub and his crew ended up taking off to avoid things getting ugly. The video of him taking off has already gotten several reactions on social media. We must say, it is quite hilarious to watch. We do hope he ends up completing the episode so we know what happened in full. 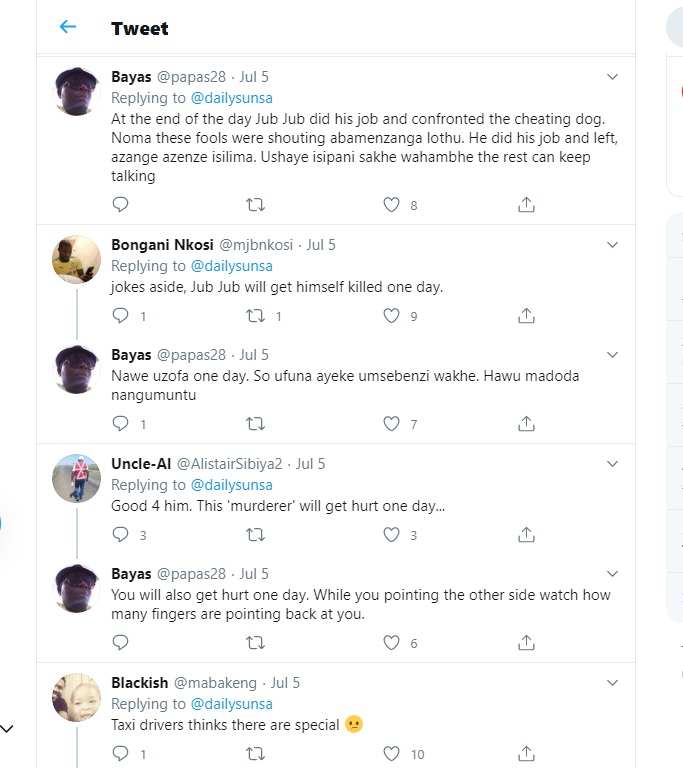 Tags
Jub Jub
John Jabulani7 July 2020
Back to top button
Close
We use cookies on our website to give you the most relevant experience by remembering your preferences and repeat visits. By clicking “Accept All”, you consent to the use of ALL the cookies. However, you may visit "Cookie Settings" to provide a controlled consent.
Cookie SettingsAccept All
Manage Privacy