Soon after welcoming Domani, son of United States rapper T.I, to the United States, Nasty C wasted no time getting straight to business.

In a clip shared on his verified Instagram page, the songster showed him and Domani on the rooftop recording. It’s unclear what exactly they’re recording, but all signs point to their song “Friends.”

Not many South African musicians get to work with a father and then his son. So, Nasty C might be said to have a little record there. He’d earlier worked with Domani’s father in a song that’s part of the “Zulu Man With Some Power” album. 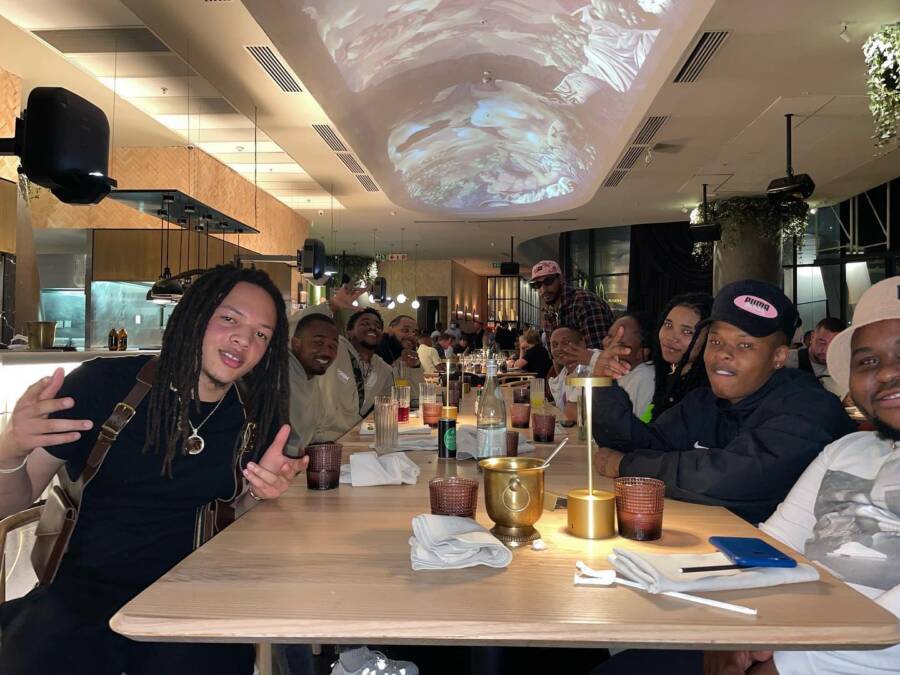 That project is one of the rapper’s most successful to date, with over 20 million streams on Spotify alone.

By the way, Nasty C deciding to host Domani is nothing surprising. Domani has great admiration for Nasty C and has made that clear, describing the “They Don’t” ace as one of the best rappers out there.

Anyway, it will be interesting to see what the Zulu Man With Some Power and his American pal will release in the coming days after their rooftop recording. We’ll be here to share that with you. So follow us and stay tuned for updates.

Tags
Domani Nasty C USA
John Israel A11 May 2022
Back to top button
Close
We use cookies on our website to give you the most relevant experience by remembering your preferences and repeat visits. By clicking “Accept All”, you consent to the use of ALL the cookies. However, you may visit "Cookie Settings" to provide a controlled consent.
Cookie SettingsAccept All
Manage Privacy