SA Hip Hop isn’t just known for its famous rap artists or dope joints but also for the many feuds that lace the genre about. It’s crazy but true that most SA Hip Hop stars don’t really like each other and they take it to social media sometimes.

A lot of people expected a lot of drama this week from Cassper Nyovest and Nasty C who are currently promoting their upcoming albums. However, they got the direct opposite of that. While Nasty C dropped off his a new joint “Zulu Man”, Cass released “BongiNkosi” featuring Zola 7.

Instead of beefing each other while vying for the top spot on the charts, Mufasa showed love to the “There They Go” rapper, telling fans to go listen to “Zulu Man”. A lot of fans hailed him for this, and called it a truly selfless act. 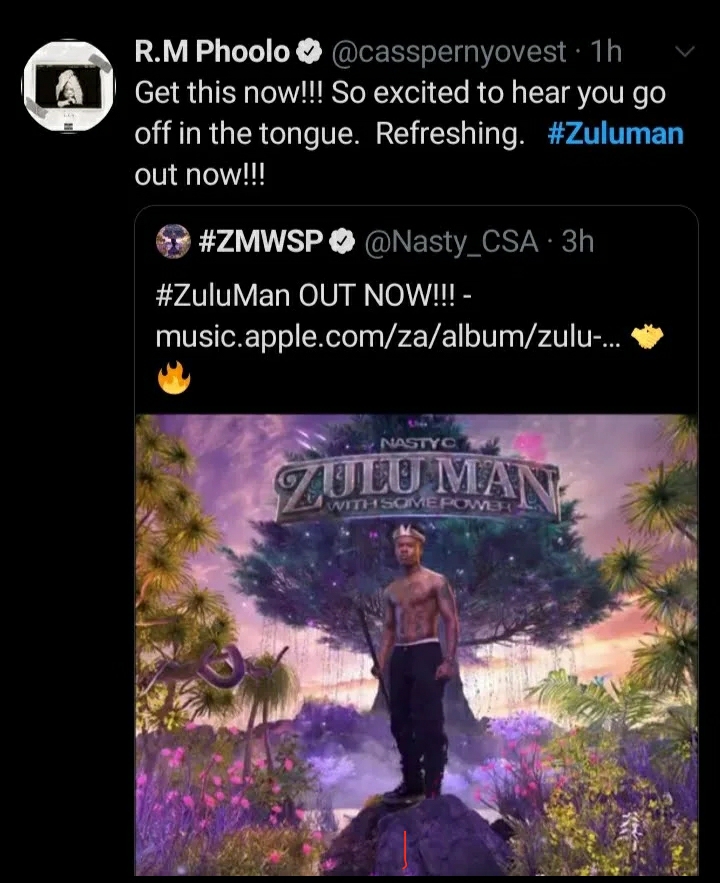