It looks like the bad blood between former Ambitiouz Entertainment star Emtee and the record label is yet to be erased after all.

Emtee had a bitter spat with the record, which he accused of not truly promoting him and his art, and left in a wave of acrimony. He had thereafter accused the record label of withholding his iPhone 7 gift from MTN, among other sins.

It has been said that the record label is still in possession of some of the awards Emtee won while signed to the record Label. Although the record label had been quiet about this for some time, it addressed it on Monday 22 June 2020.

Taking to Twitter, Ambitiouz Entertainment had tweeted that since it was Monday, a little joke about awards would hurt no one. It added that no one would get them back. 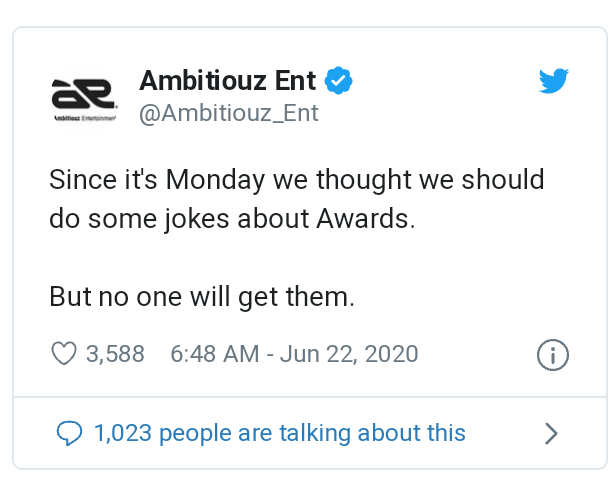 Of course, Fans immediately assumed the reference was to Emtee, whose awards the record Label is apparently still holding after his exit. The post was supposedly meant to be a jest. But whether the record Label was in earnest is hard to determine right now.

Either way, Emtee, who recently worked with the Malawian singer Gwamba, is not smiling at all.